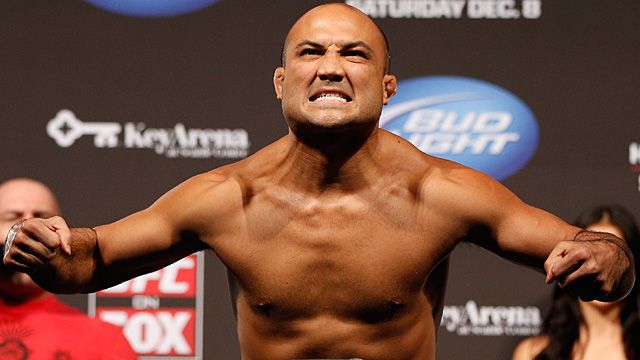 Former UFC champion and retired MMA legend B.J. Penn was reportedly arrested in his home state of Hawaii over the weekend.

According to a report on MauiWatch.com the 36-year old Penn was placed under arrest Saturday after police were called to his room at Four Seasons Hotel Maui in Wailea, Hawaii. According to the report, police “encountered an inebriated Penn” and is believed to have been involved in a fight with a friend.

It’s since been confirmed by Maui County Police Department officials today that Penn was arrested and has already been released from custody.

Penn retired from MMA in July 2014 following his third loss in a terrible performance against fellow-former-champion Frankie Edgar at “The Ultimate Fighter 19” Finale.

What does this mean for B.J? Is it simply a isolated incident or is Penn finding life hard after MMA? Lets hope it’s the former.

Donald Cerrone Looking For A Break Then 'Hopefully' Khabib Nurmagomedov