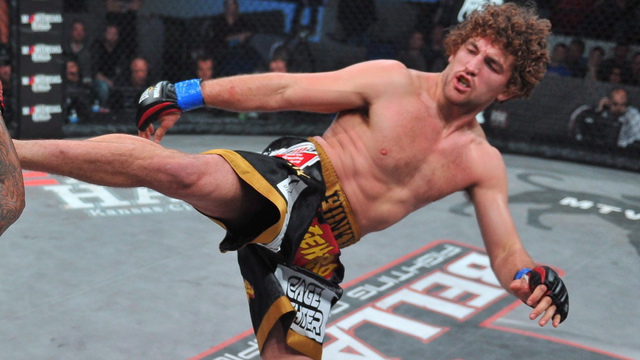 UFC-Never-was Ben Askren is set to defend his One Fighting Championship welterweight belt against Luis Santos in April according to a report from Sherdog.

Askren, 30, has often beens named as the best fighter outside of the UFC with many fans shouting for Dana White and co to pick up the phone and hire the man known as ‘Funky’.

Since departing Bellator, Askren has fought twice for One FC, defeating Bakhtiyar Abbasov on his debut before finishing Nobutatsu Suzuki at One FC 19 to extend his unbeaten record and get more gold around his waist.

On the other side of the cage will be the 35-year-old Santos, who has earned his title shot after going on a seven-fight winning streak, six via first-round finish.