McGregor, Lawler and Rumble Johnson bring the power back 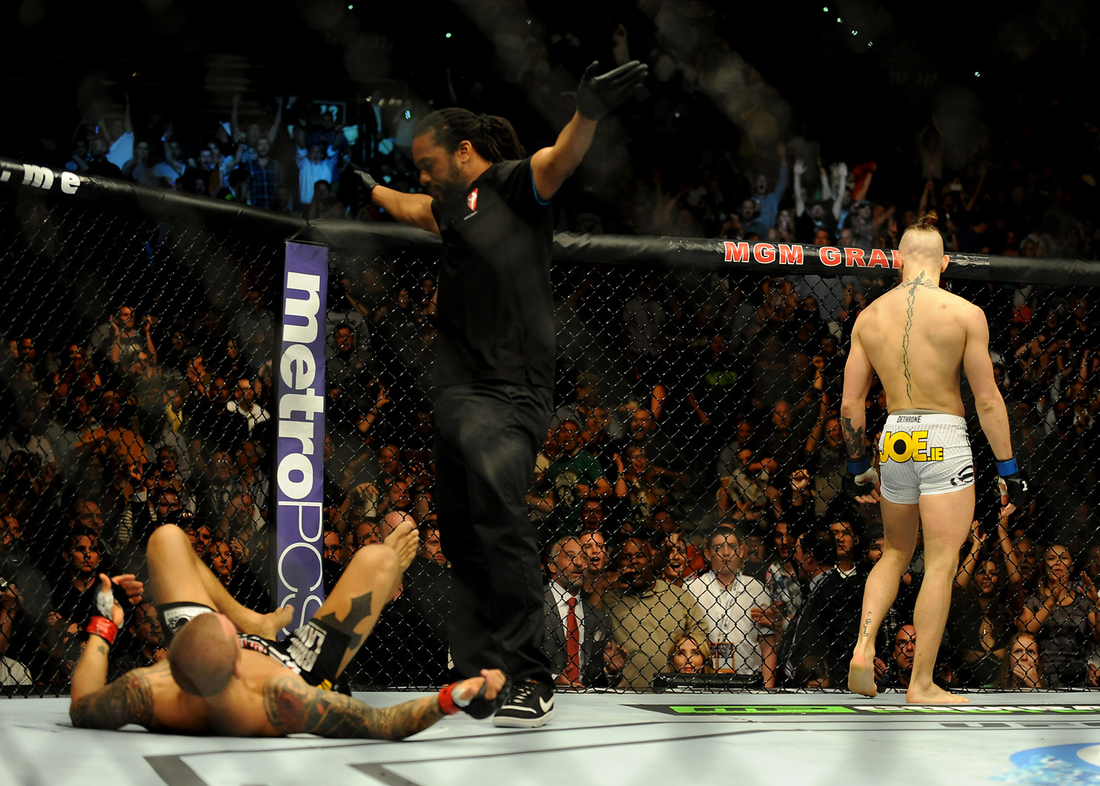 Welcome to a wonderful Tuesday opinion column, hoping to help push you MMA fans through another workday and into the sweet arms of UFC 183 this upcoming weekend. No doubt we as an army of fans are 100% ready for several of these matches, of course the cherry being Anderson Silva’s return against the always unpredictable Nick Diaz.

Today I want to talk a little bit about something that came to me as I watched “Rumble” Johnson smash Gustafsson on Saturday, something I did not see coming. Granted, I figured if Johnson was going to win, it would be by a big KO. However, I thought the experience, speed, and range of Gus would be able to wade through the beginning and take it in the later rounds.

I was sadly mistaken. 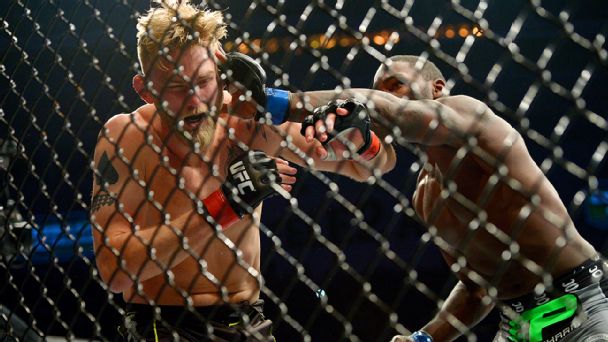 This brings me to the thought I had, “Man, there are a lot of power punchers on the rise lately.” The past few years have been dominated mostly by wrestlers, many who do have great striking. I’m not talking about those guys, or even dudes getting handfuls of KO wins. I’m talking about these select group of fighters that can just touch their opponent and put them to sleep. Fighters that land one good punch and change an entire fight. It is like a Renaissance of Chuck Liddell goodness.

Johnny Hendricks and Robbie Lawler are good examples of what I mean. How about Conor McGregors recent rise to fame through his ability to go out there and basically render guys unable to get away from the knockout. The thought of him knocking out Jose Aldo is not very far fetched. Anthony Johnson completely erased everything between himself and punching Gustafsson in the face, and there was nothing Alex could do about it. Do you think “Rumble” can land a few strikes on Jon Jones, and if so, ask yourself what that could mean?

These fighters give us that feeling as we watch. The one that says “oh…here it comes!” That sense that suddenly there is no escape for the opponent, and that inevitably he is going to be hit by the super punch. it’s like when these fighters step into the ring a clock begins to count down over their opponents heads. It stops becoming a matter of winning, and becomes much more of a “how long will they survive?” As they show us that legit power time-and-again, we begin to wonder if even the mightiest of our MMA Gods may fall to the thunderhands of these upcoming contenders. 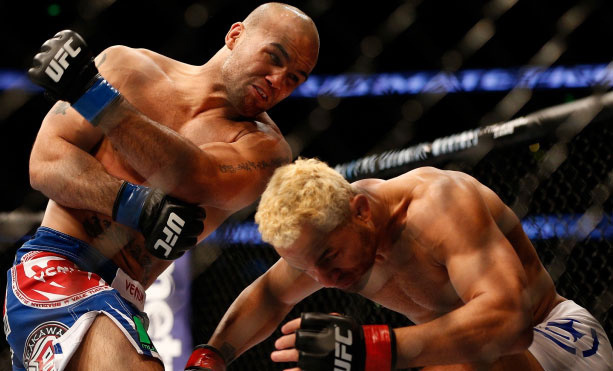 There is a new army of KO Kings that are on the way, with some of them already here. It’s almost like the UFC floated so far toward point fighting that guys now coming in with power to actually bang are breaking the mold. That Greg Jackson approach may have an antidote after all. Maybe it’s the way learning MMA has become so mainstream? Hell, I won’t lie, I have no idea what it is. What I do know is that this group is on the come up, and I can’t think of a single reason why all of us shouldn’t be happy as hell about it.

While you’re here today, comment below on Facebook on who you think will win between Aldo and McGregor and, of course, this new match between Jon Jones and “Rumble” Johnson!