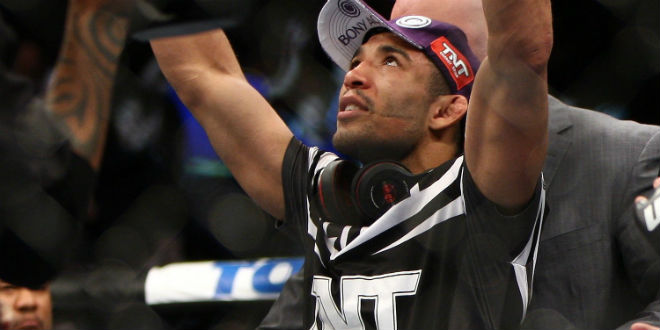 Just announced today, UFC Featherweight Champion Jose Aldo (25-1) 7-0 in UFC will defend his belt for the eighth time as he faces number one contender and rising star Conor McGregor (17-2) 5-0 in UFC in what will be a major summertime fight. The championship fight will take place July 11th, 2015 in Las Vegas, Nevada.

When you hear the talk of the best pound for pound fighter in the world one name that is always mentioned is that of current 145 pound champion Jose Aldo. With his lethal striking and a heart of a true champion Aldo is currently unbeaten in his UFC career with seven victories. His last victory coming at UFC 179 where he picked up a decision victory over long rival Chad Mendes. The champion has showed really no holes in his game as almost every opponent he has faced in his 11 year career has fallen to him. With another win in July, Aldo would solidify as one of the promotions best fighters and a once in a lifetime fighter.

His opponent is probably one of the most popular fighters on the UFC roster today. Conor McGregor made his debut back in 2013 and with five straight victories, four by TKO the proud Irishman is looking to make a change to the Featherweight division. With his long reach and creative striking he has quickly rose up the divisions rankings, recently putting on a near perfect performance over UFC veteran Dennis Siver and he truly believes he can dethrone the longtime champion. McGregor might be the most difficult challenge the champion has ever faced and we will see on July 11th who will leave Vegas with the UFC Featherweight Championship.