MATCHES MADE IN THE UFC THIS WEEK 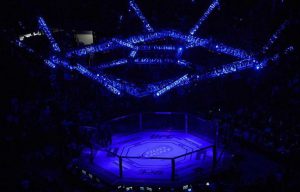 So far in 2015 we have had three action packed events and the UFC is not letting up bringing us another action packed card this weekend UFC 182, Diaz vs. Silva. This just a taste of what is to come to this year in the UFC. With 45 total events on the schedule in 2015 and 41 more to go after this weekend, there are always tons of new matchups being added daily. Now it’s Time to take a look at all the new matchups that the UFC has made this week.

I am going to start off with what the internet cannot stop talking about Champion Jon “Bones” Jones vs. Anthony “Rumble” Johnson. We don’t have an exact date for this event yet, but what we do know is that Dana White said on the Jim Rome Show that this event will be held in May and most likely at UFC 187 on Memorial Day weekend in Las Vegas Nevada. Jon Jones has been surrounded by controversy lately after popping hot for cocaine on a pre fight drug test before he faced Daniel Cormier. The drug test has seemed to over-shadow the fact that Jones had now successfully defended his belt for the 8th time and now holds an outstanding record of (22-1).The Blackzilian Anthony “Rumble” Johnson has been nothing but spectacular since he returned the UFC, tearing through the Light Heavyweight division. With 3 straight wins over Phil Davis, Antonio Rogerio Nogueira and most recently earned a quick win over contender Alexander Gustafsson.

UFC 185 has added new Heavyweight bout to its lineup Jared Roshult will make his return the cage to face Josh Copeland.  Jared Roshult (12-4) 7 fight win streak was ended back in June quickly to the hands of Alexy Olenik being knocked out in the first round. Josh Copeland (9-1) made his debut into the UFC back in November, where his once blemish free record was ruined when he lost by decision to Ruslan Magomedov.

Next up Former Strikeforce Lightweight Champion Clay Guida will take on Robbie Peralta in Flyweight feature fight at UFC Fight Night in Fairfax. Clay Guida(31-15) was last seen in the cage when he squared off against Denis Bermudez in July losing by a rear naked choke. Peralta is also coming of a rear naked choke loss in his last fight falling victim to Thiago Tavares halting his 2 fight win streak.

The long awaited return of Julianna Pena (5-2 MMA, 1-0 UFC); the Season 18 women’s bantamweight winner of “The Ultimate Fighter” is now set to meet Milana Dudieva (11-3 MMA, 1-0 UFC). Julianna Pena suffered a severe injury and has been sitting on the side lines. Many thought she might be out for the rest of the year so, this is great news for TUF winner.

Also on the Fairfax event two Middleweight’s will face of Justin Jones(3-1) vs. Ron Stallings (12-7).UFC Fight Night 63  will be held on April 4, 2015, inside the Patriot Center in Fairfax, Virginia, and expected to air on FOX Sports 1 with “Prelims” on UFC Fight Pass.

Finally, New Jersey’s own Nick”The Jersey Devil” Catone (10-4) will return to action taking on the Brazilian Vitor Maranda. UFC on Fox will take place April 18, 2015 at the Prudential Center in Newark, NJ, and airs live on FOX Sports 1, featuring a main card event between Lyoto Machida vs. Luke Rockhold.

DC VS GUS – AN EPIC FIGHT STARING US IN THE FACE