UFC 184 Weidman Injured And OUT Of Belfort Fight, Rousey Vs. Zingano Promoted To Main Event 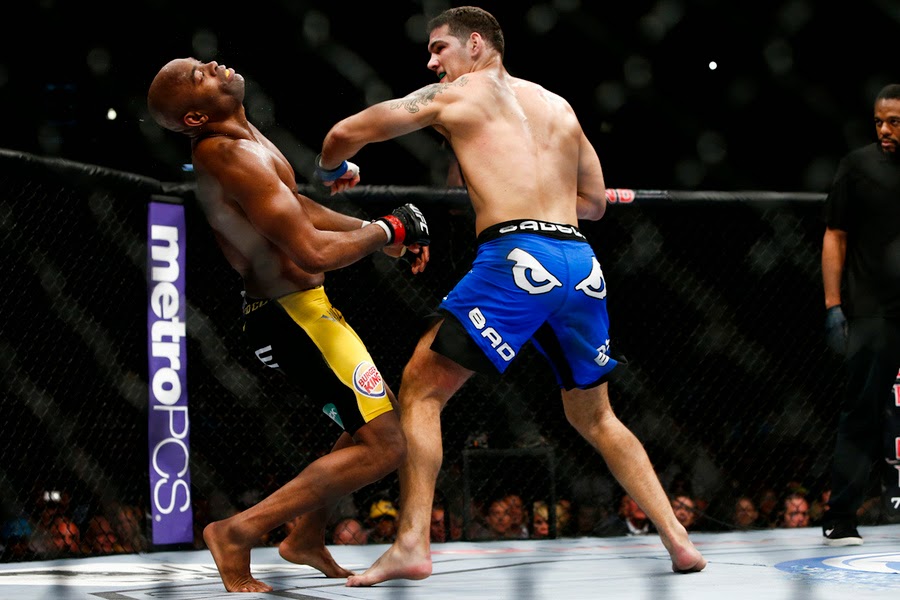 It has been confirmed by the UFC that middleweight champion Chris Weidman has suffered a rib injury in training this past week while wrestling and has been forced to withdraw from the main event fight against veteran Vitor Belfort. He is hopeful for a return in April or May.

UFC women’s bantamweight champion Ronda Rousey will be promoted to the main event against Cat Zingano who were originally supposed to meet as opposing TUF coaches back in 2013 but unfortunately Cat had to withdraw due to an ACL injury.

This isn’t the first time these two warriors have hit a stumbling block. Weidman and Belfort were originally set to fight at UFC 173 before Belfort was pulled from the card in the wake of the NSAC’s ban on testosterone-replacement therapy. Belfort was replaced by Lyoto Machida on that occasion who lost a unanimous decision to Weidman. They were then booked to meet at UFC 181 back in December but Weidman suffered a broken hand which pushed the fight back to February.

It is currently unknown if Belfort will stay on the card and get a replacement opponent.