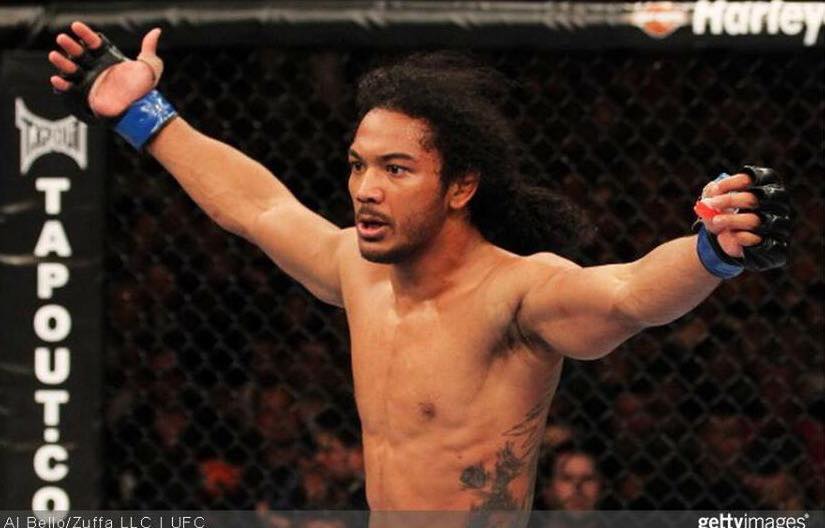 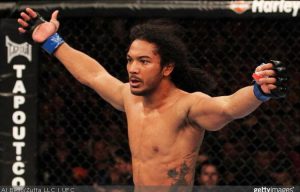 This Saturday night, the Ultimate Fighting Championship brings its own particular brand of violence to Broomfield, Colorado for UFC Fight Night 60:  Brown vs. Saffiedine.   Just kidding; due to injury that fight was scrapped, so the UFC now brings you Fight Night 60: Thompson vs. Thatch!  But hold on a second… See, what had happened was that Stephen “Wonderboy” Thompson’s parents are among the heathens who don’t vaccinate their children, so he became the 286th fighter on the card to be forced off for health reasons.  So now, finally…  FINALLY, Benson Henderson HAS COME BACK to Colorado.  So now we can all (fingers crossed) settle on saying that this Saturday, February 14th, 2015.  The UFC proudly presents UFC Fight Night 60:  Henderson vs. Thatch!  Let’s dive into the main card action!

Before we dive into the fight preview, let’s take a moment to collectively thank Benson Henderson for pulling what is effectively known as “Cowboy-ing” and stepping up on notice so short that you might expect it to pee into a corner on an episode of The Surreal Life.  “Smooth” is of course going to be fighting just a few weeks removed from his controversial decision loss to Donald Cerrone, and will look to bounce back from his current, two-fight losing streak against 11-1 Welterweight, Brandon Thatch.  Thatch finds himself in the deep end of the shark tank here.  In just his third UFC fight, he will not only be headlining, but he will be headlining against a highly motivated former champion who is fighting in front of his home town… Oh yeah, the fight is also at high altitude.  Of course with all of those factors against him, Thatch will be facing off against a Ben Henderson who is making his welterweight debut, and could prove to be the great equalizer.

In the night’s co-main event, submission specialist Cole Miller looks to bounce back from his 13-month layoff over 13thranked featherweight, Max Holloway.  Holloway has been on fire since his decision loss to Connor McGregor, racking up 4 stoppage victories in a row in roughly the same span of time since Cole Miller’s last trip inside the Octagon, a decision win over Sam Sicilia back in January of 2014.  Miller, the BJJ black belt out of American Top Team will look to use his outstanding submission game to claw his way into the Top 15 in the UFC’s 145 lb. division.  Holloway on the other hand will look to just stay in the fast lane.  A victory over the noteworthy Miller could help launch Holloway that much closer to the top of the division.  This fight has fireworks written all over it.

2014 was a rough year for anyone who stepped in the cage against Neil Magny.  His 5 wins in a calendar year ties Magny for the most in UFC history, and he will waste no time in looking to improve on that record against Osaka, Japan’s Kiichi Kunimoto.  Kunimoto is looking to make it 4-0 in his UFC career, as he steps in battling to make a name for himself in the UFC’s welterweight division.  Fighting in the high elevation of Colorado will be a first for both of these fighters, but the edge may be in favor of Magny, who trains out of nearby Grudge Training Center in Arvada, Co.

Middleweights Dan Kelly and Patrick Walsh will square off in what will be for each, their second trip inside the Octagon.  Olympic Judo-specialist Dan Kelly is unbeaten in his pro career, with 7 stoppage victories in 8 total fights.  Kelly will look to use his world-class submission game to best Walsh, whose lone career loss came by way of submission back in 2013.  Walsh, the TUF 19 semi-finalist, will look to make it three in a row over Kelly when he steps into the cage, and with a win, each man will look to greener pastures, perhaps against a member of the Middleweight top 15.

I have to start off this preview with a protest.  Kevin Lee’s nick name should be “Ug”  Or at the very least, “Zeke The Plummer”  Anything else is lost on me as a child who grew up in the 90’s.  Anyway, “The Mo-Town Phenom” will look to make it 10-1 against Brazil’s Michel Prazeres, an 18-1 submission specialist.  Each fighter is 2-1 in the UFC, both also riding a 2 fight win streak into this contest.