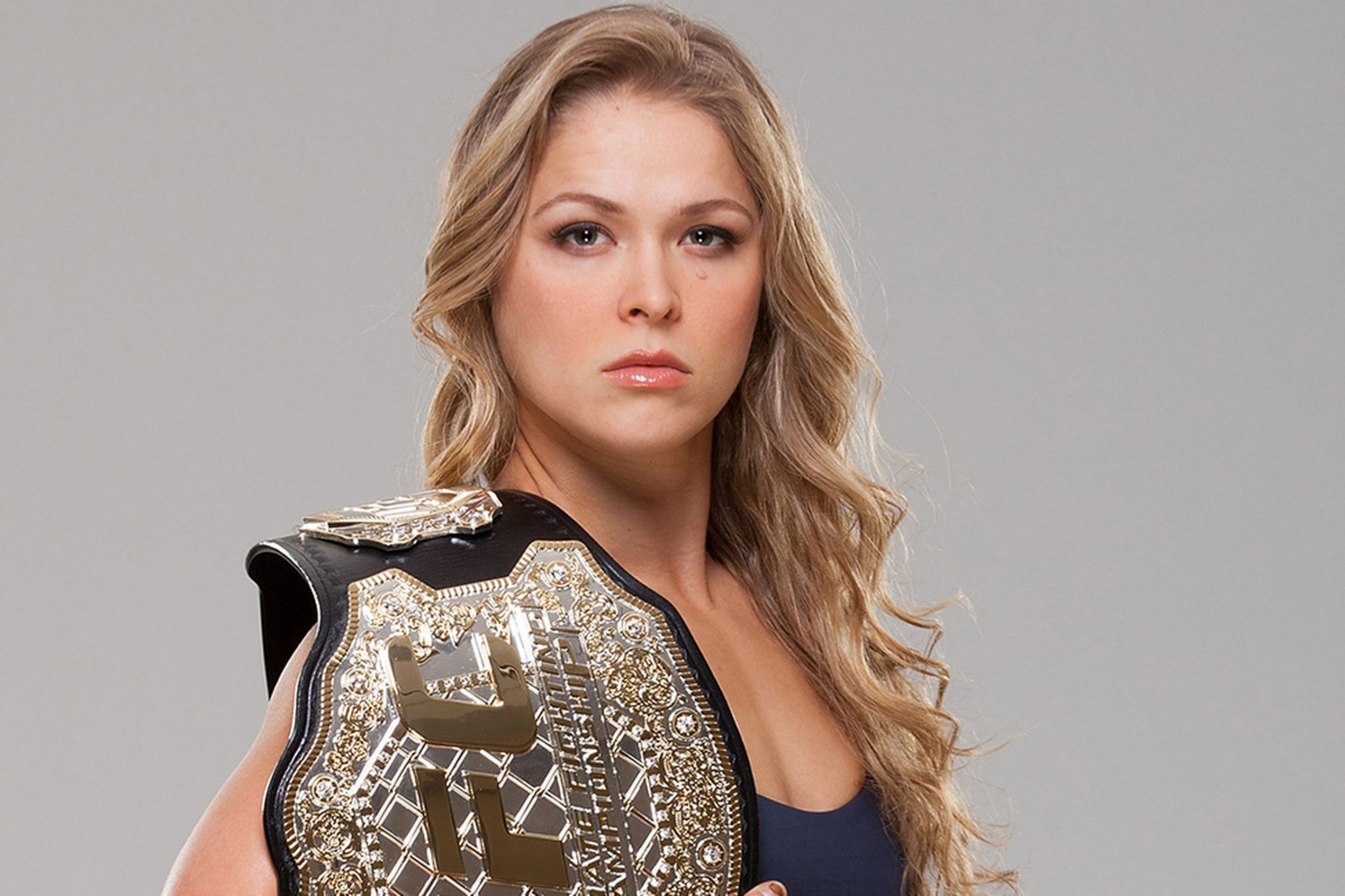 While Rousey is set to square off with Cat Zingano at UFC 184 for the UFC women’s bantamweight championship, Cyborg is headlining her own card this weekend. The Brazilian star faces Charmaine Tweet on Friday at Invicta FC 11, which will be broadcast on UFC fight pass.

Rousey had this to say about Cyborg

“It’s kind of funny that the chick she is fighting is the girl I beat in less than a minute in what, my second pro fight or something, giving up a lot of weight,” Rousey said, turning the conversation toward Cyborg. “Yeah, you’re really pushing yourself there, girl.”

And on a possible fight between them

“She can make 135, she definitely can. The thing is, someone who cheats and makes things easier for themselves is always going to try and make things easier for themselves,” Rousey said of Cyborg, who has passed all out-of-competition drug tests administered by the California State Athletic Commission . “This girl needs to learn that you’re not always going to get advantages put in your favor. You need to learn a lesson and do what the other girls have to do.

Rousey vs. Cyborg is one of the most-talked about potential super fights in all of mixed martial arts and after this weekend it could finally be a step closer.

UFC correspondent Megan Olivi heads to the UFC 184 open workout to catch up with women’s bantamweight champion Ronda Rousey and opponent Cat Zingano. Watch some of the world’s best athletes put on a show for the fans in LA.