Turning On The Jets 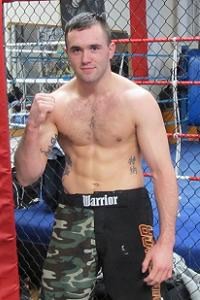 Scotland currently has three fighters in the UFC in Featherweight Rob Whitford  and Women’s Straweight Joanne Calderwood along with ”Braveheart” In today’s episode of Across The Pond, you will meet one of their fellow countryman who very well could end up in the Ufc one day. A Professional since 2005, defeating Paul Deas via punches in round one and fighting out of Dinky Ninjas, 27-year-old Graham Turner has won 15 of his 33 career fights via Knockout and trains with Cage Warriors fighters Dan Hope and James Doolan Turner made his debut for Cage Warriors in February 2011 at Cage Warriors 40 against Antatas Jazbutis and won via Unanimous  Decision. He followed that up with a hard-fought Split Decision victory over Ashleigh Grimshaw at Cage Warriors 44. Turner is nicknamed Afterburner” because of his ability to push the pace during a fight and apply constant pressure to his opponents. For his next fight, Turner faced Finnish fighter Matteus Lahdesmaki  at Cage Warriors Fight Night 3 and lost via Rear Naked Choke in round one. He returned to his winning ways when he knocked out Welshman Nathan Beer in the first round at Cage Warriors 50.Turner also knocked out Frenchman Fouad Medsari in round one at Cage Warriors 52. He next faced prospect Nad Narimani at Cage Warriors 56 which he won via Decision. The win earned Turner a shot at the Featherweight strap versus now UFC fighter Jim Alers at Cage Warriors 63, losing via North South Choke in round two. Turner’s next win was a third round Knockout of Frenchman Sueliman Boulhata at Cage Warriors 69.  Turner would go on to lose via Submission in the third round to Joel Gonzalez  in his one fight hiatus from the promotion.