by Peter Knox
in Bellator
30 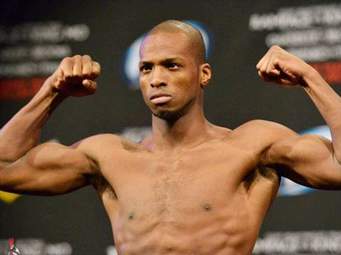 Page believes one day he will be the biggest face of MMA.

“I know I don’t have that far to go before I’m that for Bellator. I’m happy for that, because I think Bellator is an amazing show. I think Scott Coker is amazing and I’m happy to grow with a show like that.”

“At the moment, I’m in cruise control, because there’s a lot I need to learn about myself in MMA. For me, it’s more of a personal journey. That’s why I’m not rushing to take top fights for the sake of it. And I could have done that. I could run my mouth a bit more and call out fighters and I would have gotten it.”

“For me, my style speaks so loudly that I don’t have to talk. I’ve got people calling me out now in this industry already and I don’t even have a belt. The fact that they’re calling my name out means I must be doing something right.”

“I think my last hurdle is shutting the crowd up with regards to people saying he hasn’t fought anybody of a high-caliber,. I think when you see me against what people classify as bigger names and I’m still putting them away in exciting fashion and doing exactly what I’m doing now, then people will say, ‘He’s the real deal. He is exactly what he seemed to be in the beginning. It wasn’t a joke.'”

“I really do want to torture my next opponent. I want to make a statement. I actually don’t want to put him away quickly. I want him to be resilient. I want to see in his eyes during the fight, ‘Why the hell did I take this fight?’ I’ve seen that before.”