by Myles Painter
in MMA News
29 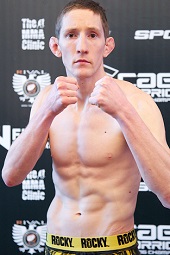 BAMMA, leaders in MMA sports entertainment and the home of European MMA, announce the lastest bout to be added to the BAMMA 22: DuQuesnoy Vs. Loughnane fight card for the 19th September at the 3Arena, Dublin is Damien ‘The Rage’ Rooney Vs. Manel ‘Prodigio’ Kape in a catchweight bout.

Damien ‘The Rage’ Rooney Vs. Manel ‘Prodigio’ Kape (Catchweight Bout)
​
Damien ‘The Rage’ Rooney has long been a fan favourite in the Irish MMA scene, bringing an entertaining style as well as the crowds to every event he is on. ​The fighter is out of Newry, County Down, Ireland and brings a record of 10-4-1 with 6 of those wins coming via way of submission.

Rooney hasn’t fought since November of 2014 where he faced Shaj Haque in Newcastle. Holding victories over BAMMA fighters Alan Philpott & Bryan Creighton, Rooney will once more be planning on putting a crowd pleasing performance and a dominant win in front of his home crowd.

“Great to get the call to fight on BAMMA in the 3Arena in Dublin, it’s going to be a huge event for domestic MMA and I’m delighted to be involved in it. Irish fans are the best in the world and I can’t wait to get out put a show on for them!

It’s been a frustrating 6 months trying to get match ups with pull outs and everything else, so big thanks to Jude and BAMMA for having me on this card and I won’t let them down with my performance.

Manel Kape is a young exciting fighter with a solid record. He’s quite brash and cocky and likes to be aggressive so that suits me just fine.

A lot of people are writing me off in this fight saying my best days are behind me and this and that. But if you look at my record it is littered with guys from the European top ten rankings across several weight classes.

I’ve always fought the best and that’s always how I wanted it. He’s a young guy with a solid record and reputation coming up, he’s a tough guy but by no means the toughest guy I’ve faced, but you can be sure that I’m certainly the toughest test that he has faced!”

Manel ‘Prodigio’ Kape holds a impressive 6-1 record and is currently on a 4 fight win streak. Three out of his last four wins have come via way of submission. One of Kape’s recent victories was against former BAMMA fighter Antione Gallinaro in April of this year, where he claimed the victory via armbar.  The ju Jitsu and kickboxing specialist fighting out of Vs. Team is looking to come and spoil the party for Rooney when he makes his BAMMA Debut at the 3Arena.

​Tickets are on sale now from http://bit.ly.com/BAMMA22​