by Peter Knox
in Bellator
1 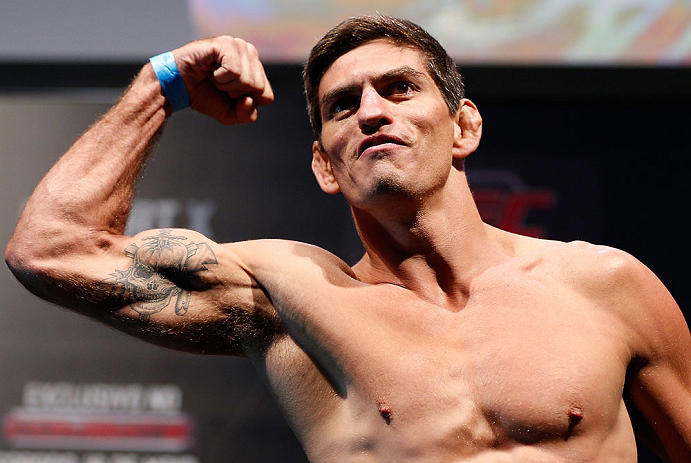 UFC 95, London, England. UFC & TUF veteran Josh Koscheck took on little-known Brazilian Paulo Thiago. Many expected a straight forward win for Kos. Less than 4 minutes later Thiago had made a name for himself amongst the MMA fans, making quick work of Koscheck and knocking him out.

Six and a half years later the 2 men find themselves in Bellator with Kos still awaiting his first opponent,

“I was booked to fight Joe Ray in June, but I got injured, and it looks like they won’t do another show before December. But I want this fight against Koscheck,” Thiago told MMAFighting.com. “That fight made me popular, and it was a bit controversial too. He thought he could continue fighting, some people said I was lucky. He was doing well in the fight, so it’s a chance for him to get a rematch.”

“We had ups and downs,” said Thiago, who went 2-7 in his past nine bouts, while Koscheck lost six of his last eight. “I’m also coming off losses, but we’re both good fighters and can put on a show for the fans. Our last results don’t matter, they only make us more motivated to go there and fight hard to win.”

“I’m an experienced fighter today,” he continued. “I was making my UFC debut, and I was a little hesitant in the fight. It’s been six years since that fight, and we both evolved a lot since. We will respect each other more this time, but we have more weapons now than we had in 2009.”

Thiago has returned to training after pulling out of a fight at Rebel FC due to a spine injury. Training at Brasilia’s Constrictor Team, he believes he’d be 100 percent by the end of October.

“Give me eight weeks and I’m ready to fight,” he said. “Book the fight and I’ll be ready. I can even fight sooner, no problem. I will be ready for whenever they choose.”

“I believe it would be a war,” said the Brazilian welterweight. “A blow can end the fight at any moment, of course, but I expect it to be a tough fight, but I would come out victorious, and it wouldn’t go the distance. I would either knock him out again or submit him.”