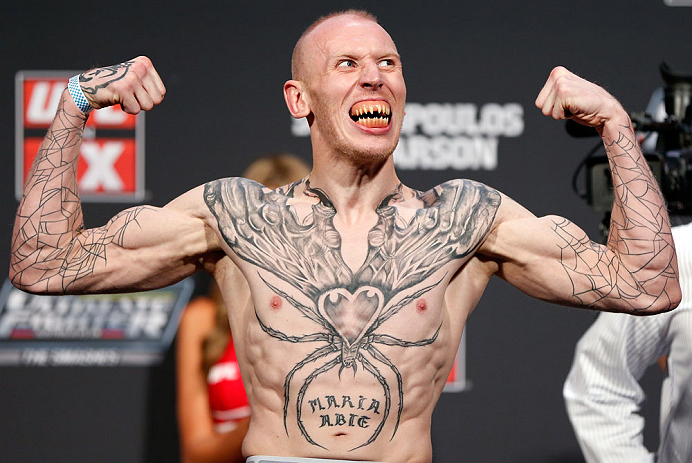 Former UFC fighter and ever-popular fans wherever he goes, BAMMAs Colin ‘Freakshow’ Fletcher (11-5) has confirmed he will to move up to the Welterweight division due discovering a potentially career threatening health issue.

The Sunderland-based 32-year old spoke exclusively to bamma.com to explain his decision and what led to the situation:

“Over the last few fights I’ve starved myself to death to make weight and it resulted in a quite serious health issue that could have ended my career. I also feel it’s compromised my power, grit and pure hunger to win.

I did well early in my career at Welterweight and I moved to Lightweight because I could basically. I’m not sure it was the best choice health wise and it nearly cost me my career! So now I’m looking forward to putting a “Freaky” spin on the Welterweight division and I’ll be working harder to elevate my strength and power.

Best of luck to ‘Freakshow’ on your move up, stay healthy.