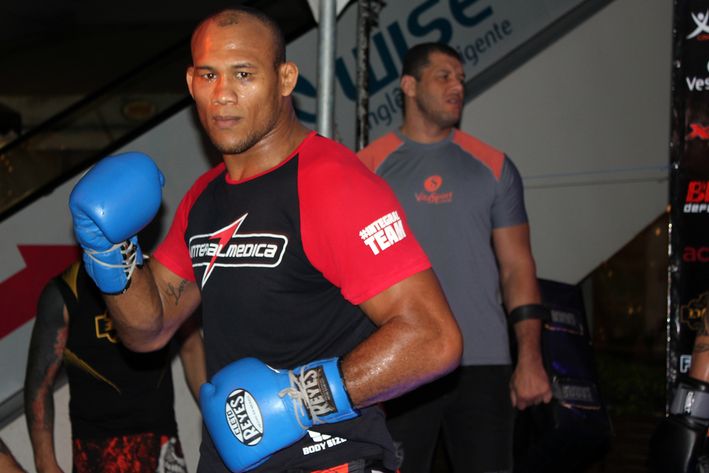 After pulling out of scheduled bouts at UFC 184 and UFC on FOX 15 due to injuries, Ronaldo Souza and Yoel Romero have been booked yet again at UFC 194 on December 12 in Las Vegas. Will it be third time lucky?

Souza (22-3, 1 NC) is on an 8-fight win streak, his latest being a first-round submission victory over Chris Camozzi at UFC on FOX 15 in April. The 35-year old ‘Jacare’ has noticeably improved his striking and power, which in addition to his highly trained Brazilian jiu-jitsu makes him one of the most feared competitors in the 185-pound division.

Romero (10-1) is on a streak of his own, going 6 in a row including the biggest win of his career, scoring a third-round TKO over Lyoto Machida. The only loss of Romero’s career came in 2011 against Rafael Cavalcante in Strikefore.

UFC 194 is headlined by a featherweight title fight between champion Jose Aldo and interim titleholder Conor McGregor. But that’s not all. In the co-main event, middleweight champion Chris Weidman defends his title against Luke Rockhold.