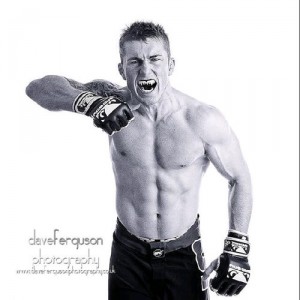 Scottish lightweight Steven Ray is set to make his third Octagon appearance of the year when he takes on France’s Mickael Lebout on Oct. 24.

Ultimate Fighting Championship officials on Monday announced that Ray and Lebout will meet at UFC Fight Night “Poirier vs. Duffy.” Topped by a featherweight duel between Dustin Poirier and Joseph Duffy, the full event is expected to stream live on UFC Fight Pass from 3Arena in Dublin.

Ray enters the bout on a four-fight winning streak, including a pair of stoppage victories in his first two UFC fights. The former Cage Warriors Fighting Champion debuted in April with a first-round finish of Marcin Bandel and followed that up with a July knockout of Leonardo Mafra Texeira in Scotland. “Braveheart” has notched finishes in 14 of his 18 professional victories.

Lebout had a seven-fight unbeaten streak snapped in his UFC debut when he dropped a unanimous decision to Brazilioan jiu-jitsu ace Sergio Moraes. The French ground specialist got back on track last month, however, when he shut down previously unbeaten Teemu Packalen to win a unanimous verdict.