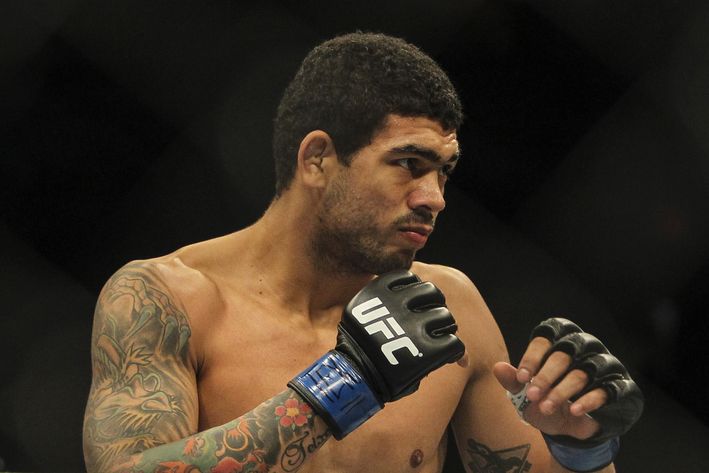 Brazilian fighter Antonio Braga Neto was arrested Sunday night following a brawl in a bar in Manaus, Brazil where he allegedly urinated inside the bar, and engaged in a fight with around 10 security guards, according to the police report posted by Portal do Holanda. He was charged with assault and urinating in public, being released from a local police station a few hours later.

However in an interview with MMAFighting.com, Neto doesn’t confirm nor deny the urinating allegations but he does claim the security guards attacked him out of nowhere.

“I was drunk, I can’t say for sure if I did that or not,” Neto explained. “I don’t remember exactly what happened. What I recall is that five guys grabbed me from behind and threw me outside the club. If I really (urinated), that’s not a reason to get beat up like that.

“I went there to have fun and try to meet a girl, and I still don’t know what happened,” he continued. “I can’t remember why they tossed me outside the club. It was horrible. They beat me up.”

Neto (9-2) claims he has spoken with his lawyer who believe he has a case and plans on suing the bar along with the security team that beat him up.

“I hope that won’t damage my career,” he said. “I never thought I’d be through a situation like this in my life.”