Hector Lombard To Rory MacDonald: “I’m Going To Mess You Up” 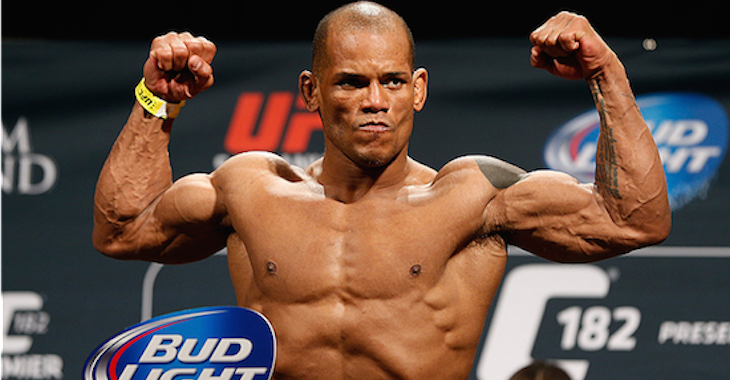 He may be out-of-action right now after being given a year-long suspension for testing positive for anabolic steroids but Hector Lombard already knows who he wants to face on his return.

Lombard was originally scheduled due to face Rory MacDonald back in April at UFC 186, but when news broke about Lombards failed test the fight was scrapped.

This was good news for MacDonald who went on to challenge welterweight champion Robbie Lawler at UFC 189 in July in a fight fans will never forget.

But Lombard wants to make up for lost time and see’s Rory as the perfect fight to welcome him back.

“The other day he had an interview with Ariel Helwani. He’s expecting me to be out of shape on my way back. That’s not going to happen. He’s expecting to have an easy road. He’s expecting a guy that’s getting a bit older, a year off. Get an easy win. Guess what, Rory? I’m going to mess you up.”

So how about it fight fans, do you want to see these 2 meet in the octagon?