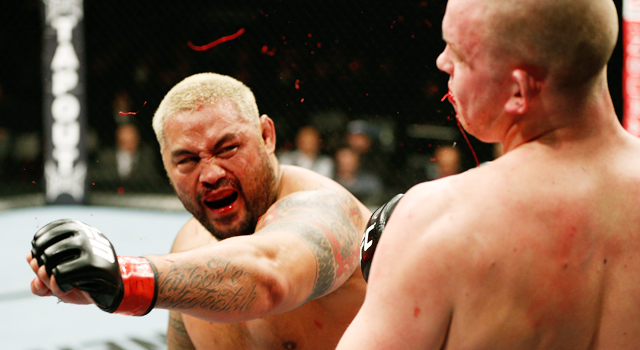 Though the UFC has yet to announce any fights for UFC 193, apart from the main event, sources with inside knowledge state that they UFC brass are targeting Antonio Silva vs. Mark Hunt 2 for November 14 in Melbourne, Australia. .

The two heavyweights originally met back in 2013 in a fight many consider one of the greatest heavyweight fights in UFC history which ended in a rare majority-draw. However, the fight was somewhat tarnished when it was revealed Silva had failed his post-fight drug test.

The ‘Super Samoan’ Hunt (10-10-1), who fights out of Australia, followed up that performance with an impressive knockout of Roy Nelson, earning him a late-replacement interim title shot against Fabricio Werdum at UFC 180, ultimately coming up short and then losing his next fight against Stipe Miocic.

Silva (19-7-1) recently fought at UFC 190 where he ended a 4 fight losing streak as he defeated Soa Palelei via TKO..

UFC 193 will see Robbie Lawler vs Carlos Condit for the UFC welterweight title and is expected to be the UFCs debut in Melbourne.