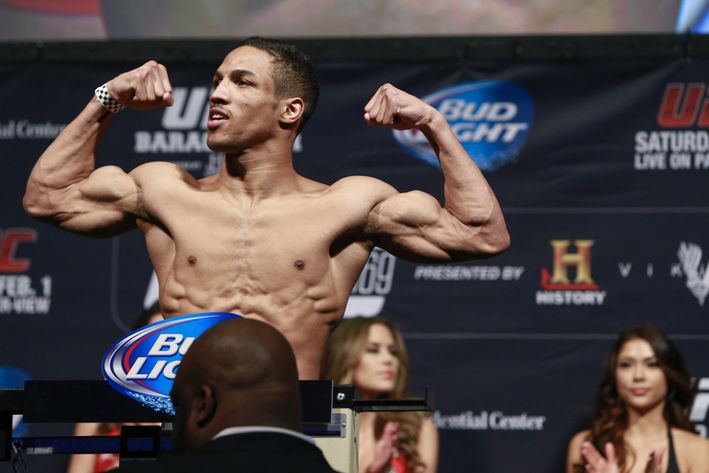 The UFC officials have been busy lately, so busy in-fact that we’re struggling to keep up with all these fight announcements. Yet here we are letting you know about 2 more exciting matches to take place at UFC 194 as officials announce John Makdessi Vs. Yancy Medeiros and Leonardo Santos Vs. Kevin Lee.

Makdessi last fought at UFC 187 in May, losing and breaking his jaw in a fight with Donald Cerrone. Before that fight Makdessi (13-4) fought Shane Campbell less than a month earlier at UFC 186, winning via KO.

Medeiros (11-3, 1 NC) is coming off a first-round TKO loss against Dustin Poirier in June. Before that, the Hawaii native had won two in a row, both by submission.

The 35-year old Leonardo Santos hasn’t lost since 2009, going 2-0-1 in the UFC, with victories over Efrain Escudero and Tony Martin in his last two bouts.

Kevin Lee (11-1), is on an impressive 4 fight win streak, his latest coming against James Moontasri at UFC Fight Night 71 in San Diego.

UFC 194 will be headlined by a featherweight title fight between champion Jose Aldo and interim champ Conor McGregor. In the co-main event, Chris Weidman defends his middleweight belt against Luke Rockhold.

I'm Not Expecting A Warm Welcome Especially When I Beat Him