Erick Silva Embarrassed Of His Performance Against Neil Magny 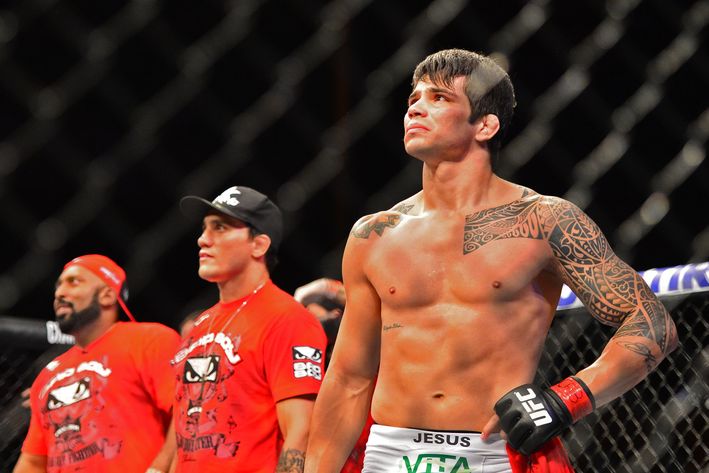 Erick Silvas chance to go on a 3-fight win streak came to an end at UFC Fight Night 74 as he came up short in a decision against Neil Magny in the co-main event. Silva took on his social media to apologize to fans after being critical of his performance after a split decision loss and also hinted that he may have been dealing with an injury he suffered before the fight.

“Honestly, I didn’t like my performance,” Silva posted on his Instagram. “I was defeated. I’m embarrassed with my performance, my body. I know I’m way more than this Erick that fought last night. My main mistake was having insisted on fighting, and put not only my head at stake but also my coaches’ and doctors’ who did the best they could to at least get me to the fight. It wasn’t a good month for me, but no one has to know, it’s no one’s problem. I had a ridiculous performance and deserved to lose. I paid the price for it. The only thing left for me is to guarantee that the next time I step inside that Octagon again I will be 100 percent physically, no injuries, and with a full training camp,” he wrote. “Otherwise, I’ll do like everyone does, and cancel the fight.”

Silva is now a relatively unimpressive 6-5 during his UFC career which doesn’t live up to the hype he was given as a huge prospect with a bright future ahead of him. He’ll certainly need to go on a win streak if he’s to ever live up to those expectations.

Nate Diaz Returns To The Octagon In December