Nate Diaz Returns To The Octagon In December 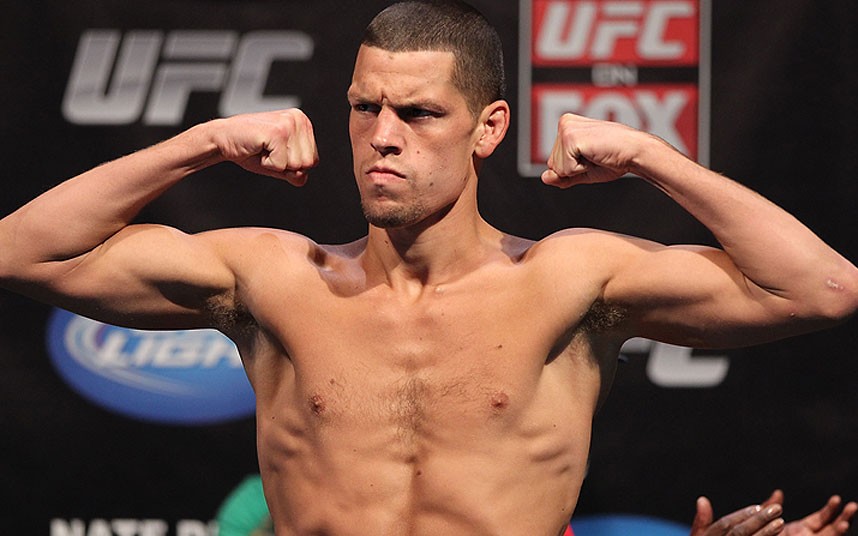 Nate Diaz is yet to fight in 2015 but UFC officials have announced his next fight will come before the year is out as he meets Michael Johnson at UFC on FOX 17 on December 19.

Diaz (17-10) last fought in a unanimous decision loss to future champion Rafael dos Anjos last December giving him his 3rd loss in his last 4 fights. Just because he hasn’t been fighting doesn’t mean Diaz has been out of the headlines. Nate has frequently taken to twitter to call out fighters and most recently he was involved in an altercation with Khabib Nurmagomedov and his camp at a World Series of Fighting event along with his brother Nick.

Michael Johnson (16-9) was on a tear recently, winning four straight fights before his streak came to a controversial end as he suffered split decision loss to Beneil Dariush earlier this month in a fight many felt he’d won comfortably. In an attempt to get back to winning ways “The Menace” is straight back into training with the Blackzilians for his clash against Diaz.

UFC on FOX 17 takes place on December 19 is headlined by a lightweight title fight between champion Rafael dos Anjos and Donald Cerrone.