by Myles Painter
in MMA News
21

On September 9th, 2015, the man known as ”Notorious” leads the next generation of 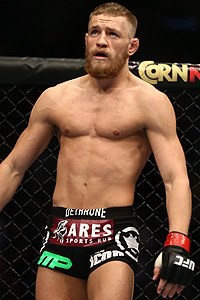 European fighters into battle against ”The California Kid”. Included in the cast are some Cage Warriors veterans like Saul Rogers 10-1, Sean Carter 10-2 and Artem Lobov 11-10. This season will mark the first time since 2009 that the UFC has gone USA V UK. The coaches on that season were Dan Henderson and ”The Count”. Both winners came from team UK that year with Ross Pearson winning the Lightweight contract while James Wilks won the Welterweight contact. Will history repeat itself again this season?