Heart Of A Champion

throughout a fighter’s career, they will often face challenges that require them to make sacrifices in order to be at the top of their game. In Today’s episode of Across The Pond, you will meet a 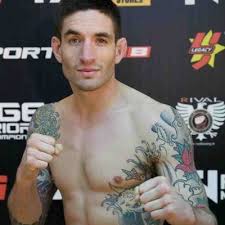 fighter who is always willing to lace up the gloves against anyone at any time or place. A professional since October 2008 and fighting out of SBG Mainline, Matt Inman owns a 15-7 record consisting of seven submissions,seven knockouts, and one decision. Inman is currently the Welterweight champion for Full Contender and has also fought for Cage Warriors. He won his first four fights before losing to UFC and BAMMA Veteran Colin Fletcher in 2009. After picking up more wins at various shows in Europe, Inman then signed with Cage Warriors in 2013. In his debut fight for the promotion, Inman faced English MMA veteran Jack Mason at Cage Warriors 52 in London and lost via knockout in the second round. After the loss, he won his next fights for the promotion witch included wins over Leon Kenge at Cage Warriors 54 in Wales and Gregor Weibel at Cage Warriors 64. Soon after being released by Cage Warriors, Inman signed with Full Contact Contender this year. He faced Aymard Guih at FCC 12 and defeated via triangle choke late in the second round. Inman next faced Vincent Del Guerra in the co main event of FCC 13 and defeated him via knockout at the end of the first round due to corner stoppage. He will now face English submission artist Dez Parker in the main event of FCC 14 on October 17th, 2015.