by Myles Painter
in Across The Pond
41

When the UFC made their debut on S 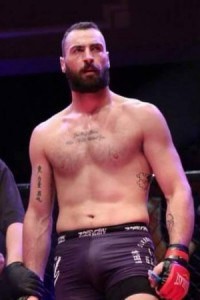 cottish soil in July of this year, the passion that was brought from both the fighters and fans was electric. In today’s episode of Across The Pond, you will meet a Scottish fighter who is on the brink of BAMMA gold.. A professional since August 2013 and fighting out of Scottish Hit Squad, Paul Craig is unbeaten in his career with a 7-0 record consisting of six submissions and one knockout. In his MMA debut, Craig defeated Brad Conway via submission in the first round.  After defeating Antonio Braga, Craig took on Jon Ferguson at FCC 10 and defeated him via triangle choke in the first round. Craig scored his only knockout victory to date when he defeated Englishman Dan Konecke. He submitted his next two opponents which included a 47 second armbar win over Adam Wright. Craig then signed with BAMMA. At BAMMA 22 in Dublin, he faced Ireland’s Karl Moore and submitted the previously unbeaten fighter early in the second round. Craig will now look to capture the Light Heavyweight title when he takes on Marcin Lararz at BAMMA 23 on November 14,2015. Craig,a lighting quick fighter, gets down to work fast as all but one of his wins have come inside the first round.     Craig is another one of these European prospects that the UFC might want to look at for the future.