Rising Through The Ranks

In Mixed Martial Arts, there are two types of fighters, veterans who are looking to get their careers back on the right track and young 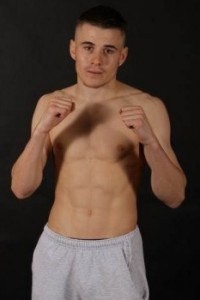 , up and coming fighters who need exposure. In today’s episode of Across The Pond, you will meet a fighter who is looking to become BAMMA’S next big star. A professional since February 2012 and fighting out of Team Titan and Nova Forca,  Nathaniel Wood holds a 7-2 record in 9 career fights consisting of five knockouts, one submission and one decision. In his MMA debut, Wood defeated James Humphries via knockout early in the second round. He won his next three fights before signing with BAMMA in 2014 where he faced Ed Arthur at BAMMA 15. After back to back knockout wins, which included a win over ”Taz” at Cage Warriors 74, Wood returned to BAMMA to face Mike Cutting at BAMMA 18. He won a unanimous decision over Thiago Dos Santos at PFN 27. Wood will now face Bryan Creighton at BAMMA 23 on November 14, 2015. Good luck Nathaniel!