by Myles Painter
in Across The Pond
5

There is no greater feeling than winning a fight via knockout. In today’s episode of Ac 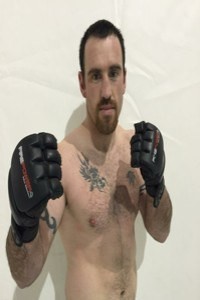 ross The Pond, you will meet a fighter with devastating power in his punches. A professional since July 2010 and fighting out of SBG Ireland, Paul Byrne owns a 6-1 record in 7 career fights with all six of his wins coming via way of knockout. In his MMA debut, Paul knocked out Mark Brophy  in the second round. Byrne is a up and coming Irish Middleweight who will only get better because of his determination,the excellent group of guys he trains with and Coach John Kavanagh.  He also defeated Darragh Kennedy via knockout before picking up a win over Lukas Cikotas in December 2014. Paul is 3-1 so far in 2015 with wins over Ryan Boyd and Tre Palmer. In September 2015, Byrne was part of BAMMA’S debut in Ireland at BAMMA 22. He defeated Conor Cooke in spectacular fashion with a head kick knockout in the first round that sent the Irish crowd into a frenzy. Paul will look to keep the momentum rolling when he takes on Bola Omoyele as part of BAMMA’S return trip to Dublin at BAMMA 24 on February 27, 2016. Good luck Paul!