Back To The Top

by Myles Painter
in Across The Pond
40

In Mixed Martial Arts, you need to make the most of your opportunities because they can be gone in the blink of a eye. In today’s episode of Across The Pond, you will meet a fighter who is gunning down the path to reclaim his BAMMA middleweight 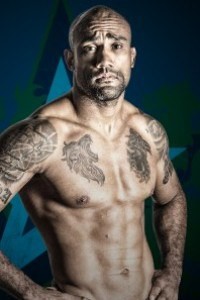 title. A professional since May 2010 and fighting out of Y club All Powers and Manchester Ground And Pound, Andy Devent owns a 12-10 record in 22 career fights consisting of five submissions, five knockouts and two decisions. In his 2010 MMA debut, he defeated Paul Hopkins via submission. Later that year, he knocked out Ant Davies in the first round. He won several bouts in 2o11, including wins over Chris Rice and a submission win over Malcolm Richardson.  Beginning with Alex Minouge in 2012, Andy won his next four bouts. At BAMMA 16 in 2014, Andy knocked out Frenchman Roggy Lawson in round three. He won the Middleweight title when he submitted Conor Cooke in the first round at BAMMA 19. Andy will now face Chris Fields at BAMMA 24 on February 27. Good luck Andy!

Q and A with Andy

What are your thoughts on your opponent Chris Fields?

To tell you the truth my thoughts on Chris are always about how I’m going to beat him, he has good jiu jitsu and good striking but so do I and with wrestling to top it off …… I never underestimate any fighter, as a loss can do more than a win for them, but I never underestimate my own abilities either as I know what I’m capable of when I’ve trained right….. One things for sure Chris better train hard coz the most dangerous lion I’ve ever been is coming for him!

What is best piece of advice you received about fighting?

The best piece of advice I’ve ever received about fighting, would have to be from my little girl after my last fight against Cheick Kone and she keeps telling me Daddy when you fight you gotta fight like your gonna be fighting the whole of hell, fight like that dad and you will win all your fights, what can I say she’s a legend hahahahaha

What is your favorite fight of all time?

That’s a hard one, but I would say my top three are: 1.) Forrest Griffin Vs Stephan Bonner on TUF .2) Me Knocking out Avi Jack .) 3 my future rematch with Cheick Kone! Watch this space

Tell us a interesting fact about yourself

I have psychic abilities and it scares the hell outta me!

Arnold 'Almighty' Allen talks UFC London: "There's new people coming through and you've got to get behind them"