by Myles Painter
in Across The Pond
37

To a fighter ,besides winning, there is no greater feeling in the world then getting the call up to the big leagues. 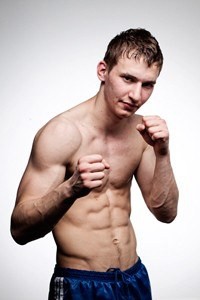 In today’s episode of Across The Pond, you will meet a fighter from the latest season of The Ultimate Fighter who is set to make his UFC debut in London on February 27th. A Professional since March 2008 and representing Frontier MMA, 30 year old Martin Svensson owns a 14-5 record in 19 career bouts consisting of eight submissions, five decisions and one knockout. Martin is best known for his three fight stint with Cage Warriors from 2013-2014. In his MMA debut, he submitted Morten Djurssaa in the second round. He won his next two bouts before picking up a submission win over Mikael Lahdesmaki in 2009. Beginning with Ville Yrjola in 2010, Martin won his next five bouts that included wins over Paul Reed and James Saville. He scored back to back submissions of Miguel Haro and Saief Toumy before signing with Cage Warriors in 2013.  At Cage Warriors 66 in Denmark, Martin defeated Robbie Oliver via split decision followed by a unanimous decision over David Hill at Cage Warriors 71. In 2015, Martin was selected to be a part of Team Europe at 155 pounds. He defeated Mohamed Gabinski via decision to gain entry into the house. In episode seven, Martin faced Thanh Le of Team Faber and defeated him via rear naked choke in round two. Martin will now face fellow Swede David Teymur at UFN 83 on February 27th. Good luck Martin!