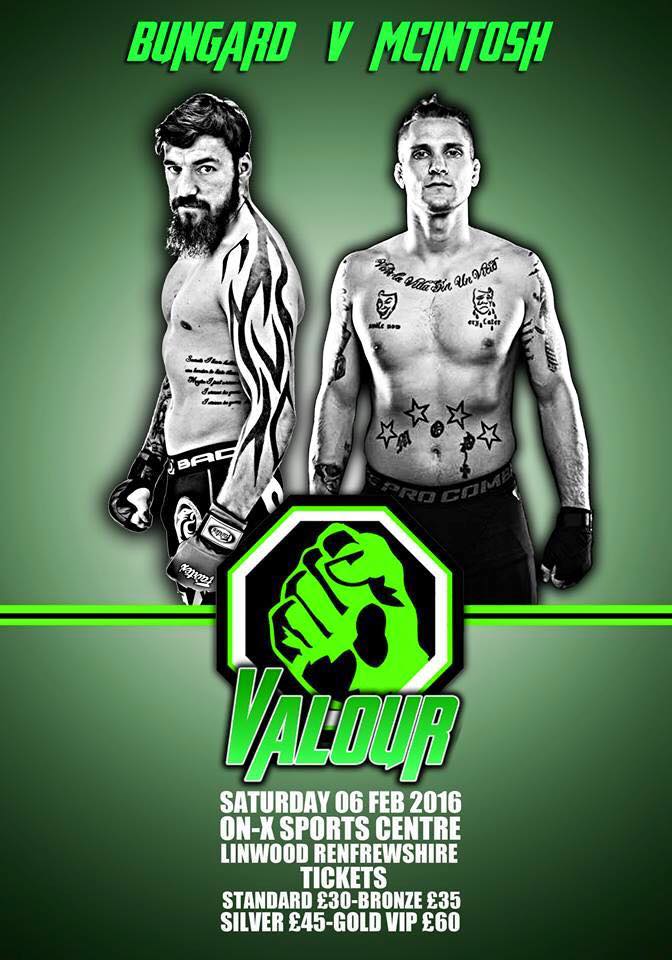 Craig McIntosh vs Chris Bungard
Round 1
Tentative start from both fighters, light kicks and strikes from to start off. Bungard gets the early takedown but gets caught in a triangle, Mop seems to have it in tight but Bungard fights and eventually breaks free, Bungard passes guard and lands vicious blows to end the round
Round 2
Bungard lands an aggressive jumping front kicks to start the round, it lands hard but Mop recovers, both fighters keep it standing for the majority of the round with Bungard landing a couple of strong front kicks sending Mop off balance against the cage.
Round 3
Bungard uses more from kicks at the. Whining if the round and tries to open up, Mop grabs Bungard and drags him to the mat and try to mount an offence from top but Bungard reverses and ends up in full guard. Bungard continues to work from the top, landing some good strikes till the bell.
Result
Chris Bungard Wins via unanimous decision