by Myles Painter
in Across The Pond
13

In Mixed Martial Arts,  a fighter needs to set the tone in a fight as quickly as possible and not let up.  In today’s episode of Acros 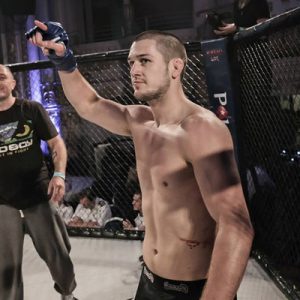 s The Pond, you will meet a fighter whose fast paced grappling style has cemented his reputation as one of several up and comers in Welsh MMA. A professional since August 2013 and representing Tillery Combat MMA, Josh Reed owns a 4-0 record with all four of his wins coming via way of submission.

In his MMA debut, Josh submitted Tyler Thomas via armbar in the first round. He also tapped Ash Williams in round one. In 2015, Josh submitted Lukasz Chilarecki in the first round. Then he tapped Brad Evans via rear naked choke in round one. Reed will look to push his unbeaten streak to five when he takes on Ben Rees in a 140 pound catchweight bout at Cage Warriors 76 on June 4th. Good luck Josh!