When fighters face hurdles, they must face them fearlessly and head on.  In today’s episode of Across The Pond, you will meet a fighter who does just that. Every time he enters the cage he faces two hurdles, his opponent and Cystic Fibrosis,  but allows neither one to stand in his path to becoming the best. A professional since June 2013 and representing MMA Academy L 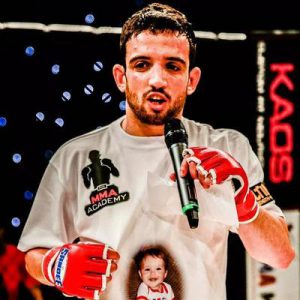