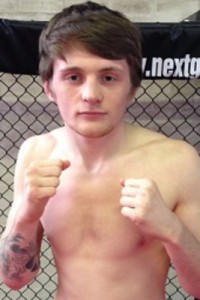 Chris Fishgold to UFC fighter Danny Roberts. In today’s episode of Across The Pond, you will meet another Liverpool fighter who possesses a superior grappling edge.    A professional since June 2013 and representing Next Generation Liverpool under head coach Paul Rimmer, Adam Ventre owns a 4-3-1 record in seven career bouts with all four of his wins coming via way of submission.