by Myles Painter
in Across The Pond, UK MMA News
37

On October 1st, The Russian promotion ACB will make their debut on The British Isles  when the 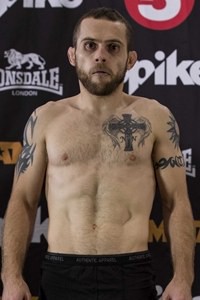 y head to Glasgow, Scotland. The card will be headlined by UFC veteran Robert Whiteford and will feature many of Europe’s best fighters.  In today’s episode of Across The Pond, you will meet a fighter looking to do the Emerald Isle proud and silence the Russian faithful. A professional since July 2013 and representing Trials MMA, Sean Tobin owns a 4-2 record consisting of two decisions, one knockout and one submission.

In his MMA debut at Battlezone Fighting Championships 8, Sean defeated Peter Doyle via TKO in the first round. Then he defeated Neil Ward via Unanimous decision at Sprawl Fighting Championships 3. Tobin also defeated James McErlean via Unanimous decision at AFC 5. In 2016 Tobin faced Gary Morris at BAMMA 24 in Dublin and defeated him via rear naked choke in the second round.  Sean will now face Russian fighter Rustam Asuev at ACB 47 on October 1st. Good luck Sean!