On October 15th, Cage Warriors will return to Wales with Jack Marshman’s first title defense and a slew of talented Welsh prospects.  In today’s episode of Acr 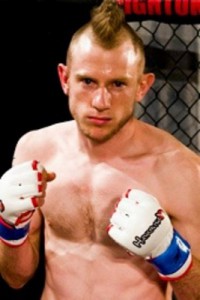 oss The Pond, you will meet a fighter looking to halt the momentum of one of those prospects. A professional since November 2010 and representing Shudan MMA, Martin Sheridan owns a 8-6 record in fourteen career bouts consisting of four submissions and four knockouts.