Under the leadership of president Shannon Knapp, the American promotion Invicta FC ha 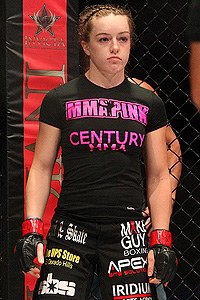 s showcased some of the best and brightest stars that women’s MMA has to offer. In today’s episode of Across The Pond, you will meet a young, aggressive all out finisher whose thrilling fight style makes her one of the promotion’s top prospects. A professional since February 2015 and representing MMA Gold Fight Team, 21 year old Aspen Ladd owns a 4-0 record consisting of three knockouts and one submission.