The UFC return to Belfast on Saturday night after a nine year absence with Fight Night 99: Mousasi vs. Hall 2.

Two of the middleweight divisions finest strikers go head to head in the main event as number 5 ranked Gegard Mousasi attempts to avenge a pervious loss to Uriah Hall and cement his status as a legitimate title contender. 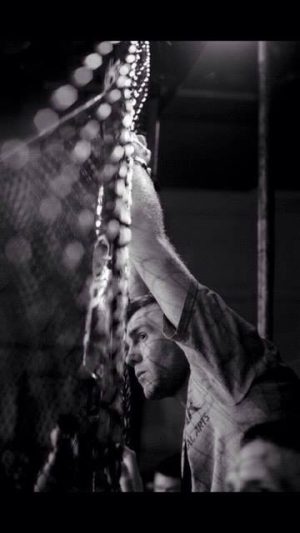 The co-main event sees the ‘Auld Enemy’ collide for the first time in UFC history as Scotland’s Stevie Ray steps in against England’s Ross Pearson in what many fans feel could be the fight of the night.

Also on the card, England’s Mark Godbeer and Jack Marshman of Wales both make their UFC debuts in what is set to be a special night for UK mixed martial arts.

In the first instalment of our ‘The Writer vs.’ series, one of the UK’s most respected MMA coaches, James Doolan, gives me his predictions for some of the most anticipated fights on the Belfast card.

James is a former pro-fighter, a former British champion and the head coach of both Higher Level MMA and the Dinky Ninja Fight Team. James is responsible for guiding Stevie Ray and Joanne Calderwood to the UFC, Danny Henry to the EFC featherweight world championship as well as many other champions on the regional MMA circuit.

Here are our picks:

James: Mousasi is one of those fighters that casual fans aren’t really aware off but fighters know him and know just how good he is. He’s on a good run just now and will be looking for redemption against Hall after he stopped him before. Mousasi might have underestimated Hall the first time and was comfortable in that fight until getting caught, I’d bet he’s too smart to do that again. I think a combination of Hall fading later on and Mousasi’s higher fight IQ gets the TKO win for Gegard in round 3.

Tom: Mousasi is fresh off a very impressive victory over Vitor Belfort only last month, so his confidence will be through the roof. Mousasi will also be aware that another impressive showing against Hall will nudge him closer to a title shot. Hall, on the other hand, is something of an enigma; he was once billed as a potential megastar by Dana White after impressing on TUF but the American just can’t seem to find the consistency required to take his career to the next level. I have no doubt this will be a good fight between two top strikers but Mousasi is the better all round fighter. Mousasi to win via KO in the second round.

James: I’m obviously biased here as I’m Stevie’s coach. Stevie is coming off a frustrating loss in Brazil against and opponent who stalled his way to a win and this fight will be the exact opposite. I’m a big fan of Pearson’s and always like watching him fight but I know he’s exactly the type of opponent that Stevie needs to show people what he if capable off. He went 3-0 in the UFC while still in first gear before that Brazil fight. Ross is super experienced, tough 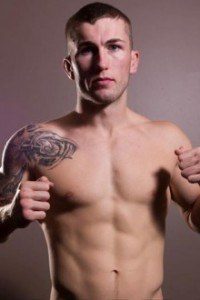 and technical and always comes to fight and that’s the type of guy who brings the best out in Steven Ray. We took the fight on 3 weeks notice but it was too good an opportunity to turn down. Steven Ray to make he most of the opportunity and take a points win.

Tom: The best fight on the card in my opinion. We have the UK’s top two lightweights going head to head, and it just so happens Scotland meets England for the first ever time in the Octagon too. Ross and Stevie are well matched as they both look to finish fights and entertain. Ross is definitely the highest profile fighter Stevie will have faced in his career but I think Stevie has the wider skill set of the two. Having spoken with Stevie about this fight he is 100% up for it and I see him winning via ground and pound in the third round. I also expect this to be fight of the night.

James: For me this should have been the main event. I fought Neil back in the day, I’ve been around him many times and he is a class act. A genuine fighter who’s gave everything to the sport and has said this will be his last fight, The UFC missed a trick not making it the main event but what a great fight. McCall is a great fighter and these two match up really well style wise. I see them standing and boxing it out and that always suits Neil. I’ve got Seery on points with a fitting big win to cap off a magnificent career.

Tom: What a great occasion for Neil to hang up his gloves and against a top class opponent. McCall is number 5 ranked in the flyweight division and has only really lost against the elite in his weight class. I hope Seery can go out in style and claim the victory as it would be a fitting end to a great MMA career, but I think McCall could be a step to far for Neil on Saturday. McColl to win via submission in the third round.

James: I haven’t seen much of Justin Ledit or the standard of opposition he has faced, he’s obviously good if he’s in the ufc and he’s still undefeated at 7-0. I have seen Mark Godbeer a few times on BAMMA and he’s always been impressive. I think this is a close fight, and maybe the travelling effects the American. I think once Mark gets past any Octagon jitters and settles in he win be a better striker than Ledit, plus he’s always been in good shape for a heavyweight. Godbeer points.

Tom: It’s great to see another of the UK’s rising stars get the call up to the UFC and big Mark certainly deserves the opportunity. Physically they both match up almost identical and Ledit remains undefeated at 7-0 and but Mark has fought a better calibre of opponent, plus he has the experience of holding a major MMA championship belt with BAMMA. I think Mark will be extremely motivated on Saturday to make his UFC debut and will knock Justin out inside the first round.

Tickets to watch Stevie in action at UFC FIGHT NIGHT: MOUSASI vs. HALL 2 are on sale now and available via the SSE Arena box office and Ticketmaster.

UFC On The Fly: Ross Pearson