At 24-0, UFC lightweight Khabib Nurmagomedov has been very vocal about his title shot aspirations. Repeatedly claiming the UFC is overlooking him, to protect the champion of his division. After UFC 205 that is none other than Conor McGregor. It seems, being vocal in post fight speeches wasn’t working for the eagle, so he has cut out the middle man. 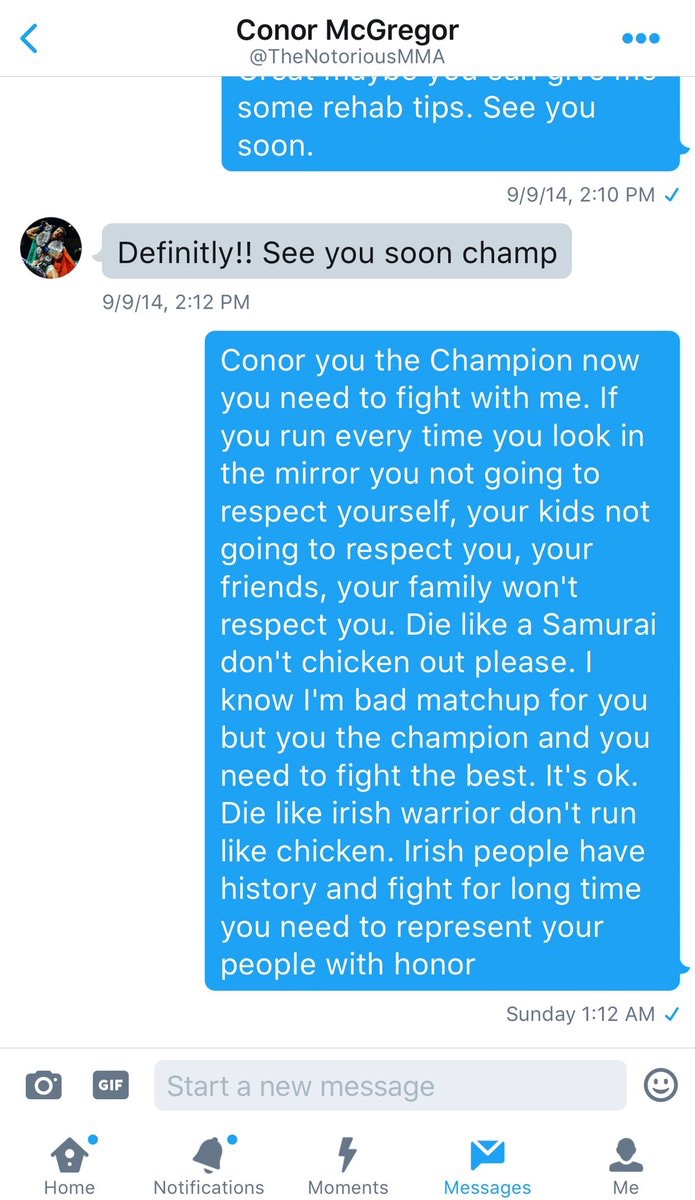 Let’s see if Nurmagomedovs’s Man-Man approach of asking for a title shot appeals to the new champion!
– Steve Brigg