Carl Frampton had a facetime chat with Conor Mcgregor and then tweeted that McGregor was coming to boxing to make more money, 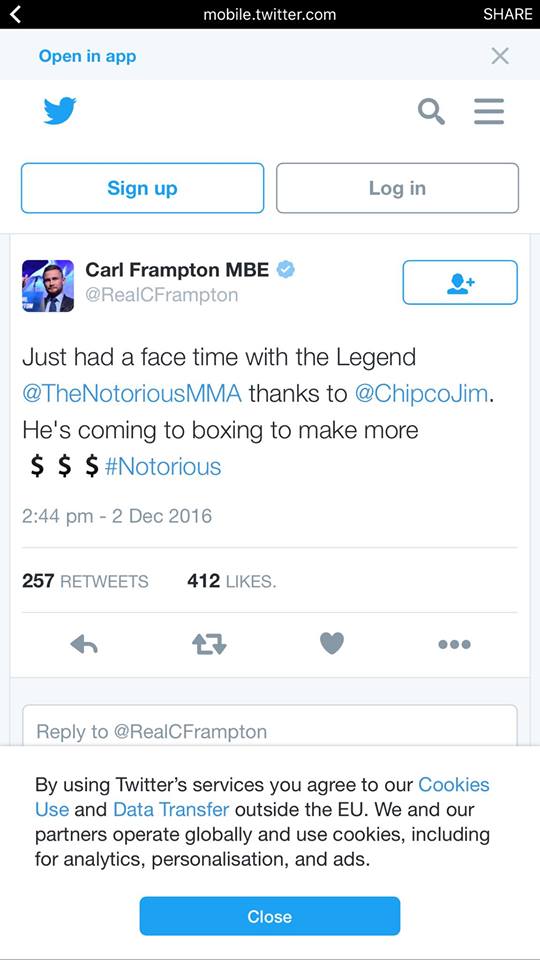 Earlier on thursday though it emerged that the reigning UFC lightweight champion had been granted a licence to box by the CSAC and fight fans were divided into two camps on the news.

Some felt that it would open the door to the much publicised cross-sport super-fight with Floyd Mayweather while others simply felt that it was a way for McGregor to somewhat threaten the UFC, who recently stripped him of his featherweight title and removed him from the 145lbs rankings, by showing an intent to swap the Octagon for the ring.

It would appear that Carl Frampton falls into the latter category as he reacted to the news by saying “I just thought he’s almost sticking his fingers up to the UFC and saying ‘I can do what I want!’

Pat Cummins out of UFC Fight Night 102 with staph infection