by Myles Painter
in Across The Pond, UFC
0

Season 23 of The Ultimate Fighter saw the UFC bolster the Straweight division with a fresh influx of talented female fighters. In today’s episode of Across The Pond, you will meet a fighter f 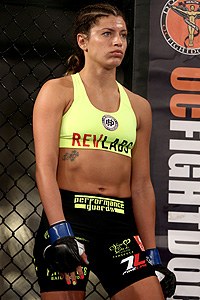 rom that season who is set to make her UFC debut at UFC Albany on December 9. A professional since February 2014 and representing Team Quest, 29 year old Ashley Yoder owns a 5-1 record in six career
bouts consisting of four submissions and one decision.