by Frankie Anderson
in UFC
20

UFC has unveiled there will be a women’s featherweight division for the first time, with Holly Holm and Germaine de Randamie fighting at UFC 208 to become the first female world champion at 145 pounds.

This five-round bout is a must see event as two of combat sports’ greatest strikers go against each other, as three-division world boxing champion Holm squares off with three-division Muay Thai champion de Randamie. 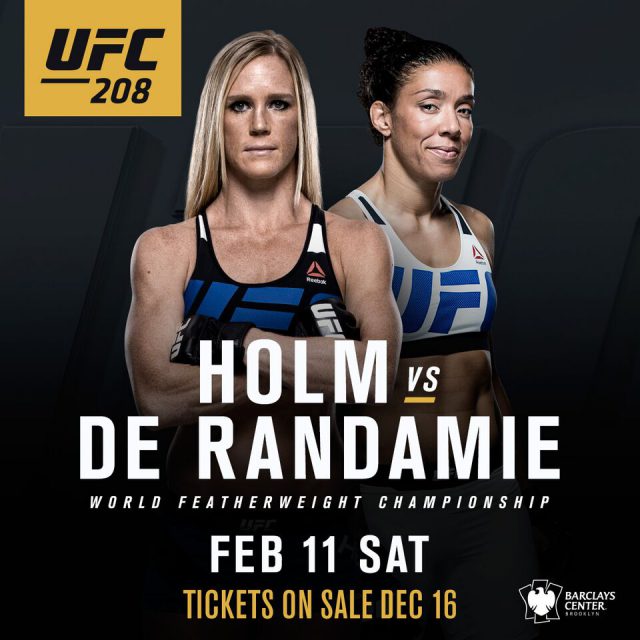