by Myles Painter
in Across The Pond
11

The popularity of Women’s MMA has grown exponentially with the rapid rise of Invicta FC. In today’s episode of Across The Pond, you will meet a fiery fighter looking to make an emphatic statement at Invicta FC 21 on January 14. A professional since September 2014 and representing Karate 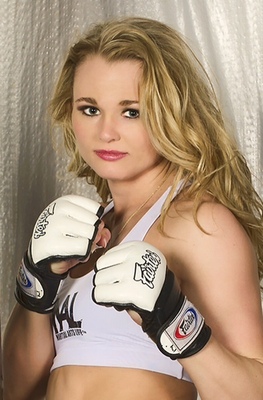 In her MMA debut, Andrea defeated Kim Colbert via TKO in the first round. At Invicta FC 9 she defeated Shannon Sinn via unanimous decision. Then, Andrea submitted Rachael Ostovich via armbar in round three at Invicta FC 14. She also tapped out Ariel Beck in the third round via armbar at Legacy FC 49. Andrea will now face Jenny Liou at Invicta FC 21 on January 14, 2017. Good luck Andrea!