by Myles Painter
in Across The Pond, Cage Warriors
37

On March 4, Cage Warriors will return to Wales with a card featuring some top tier tale 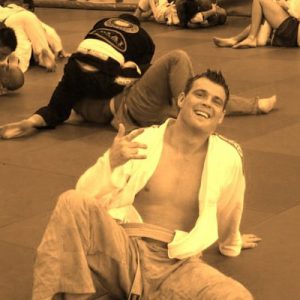 nt. In Today’s episode of Across The Pond, you will meet a ground specialist  whose vice-like submissions make him one of Wales rising Lightweight prospects. A professional since March 2016 and representing Nails Fight Centre, Richard Williams owns a 3-0 record with all three of his victories coming in round one via submission.

What are your thoughts on your opponent Dan Good?

Dan has much more cage time than myself and is a well rounded fighter, but doesn’t have the skills to last a round against me.

How did you get involved in MMA?

After doing BJJ for 14 months my instructor (Kevin Cox) asked me if I would be interested in competing in the grapple and strike league, with the hope of fighting for the amateur title at the end of the year. Which I did and won that title in 30 seconds. Since then I haven’t looked back.

How did you earn the nickname ‘’Frango’’?

When I first started BJJ I shamelessly had a ridiculous haircut, something similar to (Fran Cosgrave). The head instructor PEDRO BESSA coming from Brazil had never seen such a haircut and kept telling me I look like a male chicken, thus started calling me FRANGO. Unfortunately, changing my haircut by the following week didn’t stop him from calling me FRANGO and everyone else did the same from then on.

I once told my coach, when I first started BJJ that I would never want to compete in MMA as it looked too brutal after watching Gareth Cox fighting for an amateur title.

UFC 210 Has Another Fight Announced