BJJ in Scotland & The King of Jiu-Jitsu

by Peter Knox
in MMA News
3 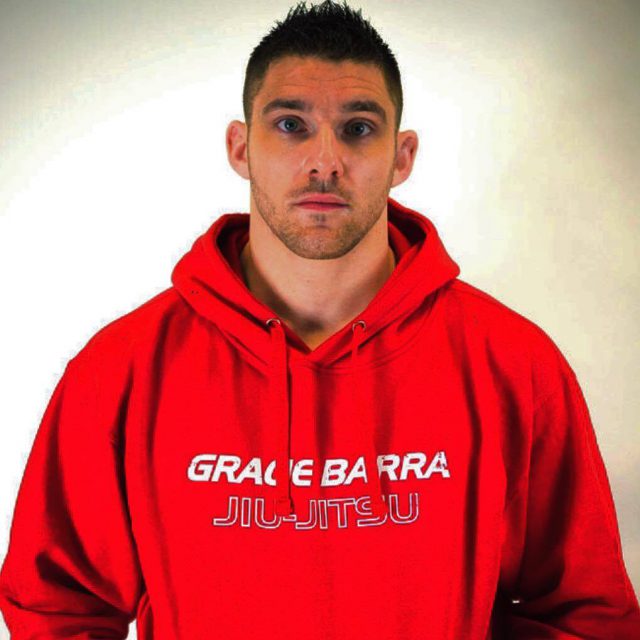 Fife in Scotland is commonly referred to by the natives as ‘The Kingdom’. It stems back to the time of castles and knights but it’s a name which has stuck the passage of time. Fife is also home to one of Scotland’s top BJJ specialist, Darren Clark. Winner of the British Lightweight Division BJJ Open, winner of the Scottish Open and winner of double gold at another Scottish Tournament. He’s also the owner of Gracie Barra Fife. If Fife is the Kingdom in Scotland, Darren Clark is certainly a front leader for the ‘King of Jiu-Jitsu’ although his modesty would see him refute that.

This success in BJJ and the constant messages requesting lessons and tips seen Darren quit his job in January of this year to focus full time on Gracie Barra Fife and growing BJJ in Scotland with locations across Fife and the rest of Scotland calling him in to impart his wisdom.

We grabbed some of his time to have a chat about the growth of BJJ, Gracie Barra Fife, the top UFC star from Scotland for BJJ & why you should sign up for a roll on the mats and pull on a Gi for a Jiu-Jitsu class.

MMAUK: How long have you been practicing Jiu-Jitsu for?

Darren: I trained Japanese traditional ju-jitsu since the age of 5 years old. I started no-gi BJJ and cross training in MMA around 2005. Then around 2010 I started doing BJJ with the gi.

MMAUK: You quit your fulltime job in January. What led to you making that leap into treating the sport as a career?

I actually choose to quit my job because I was getting so many enquiries that I couldn’t answer them all. I was being booked for private training, left, right and centre. I was flat out burning the candle at both ends and something was about to give, it was the day job. 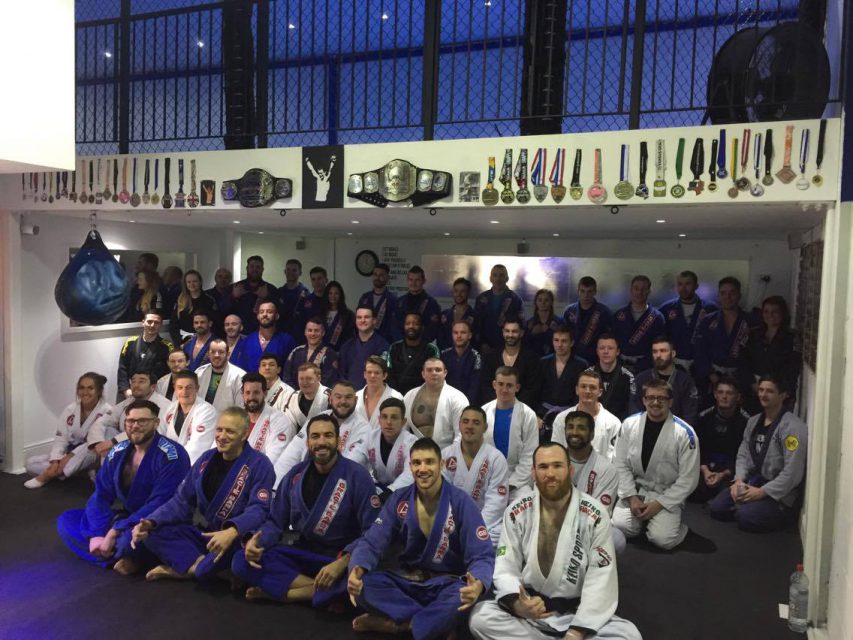 Darren interrupts to tell me, he isn’t being big headed –which is far from how I’d describe him so far. He says that he believes that the rise in interest isn’t from him alone…

I think the demand for Fife’s highest ranked instructor just took off as much as the sport of MMA and the popularity of BJJ within the sport. So I thought no time like present to pursue my dreams of teaching BJJ full time and providing the best service I can for my members

MMAUK: As you alluded to, BJJ is on the rise – what would you credit for that?

Darren: I feel the BJJ popularity has come from UFC in a big way because people see the likes of Demian Maia not even punching someone but yet totally destroying them with control posture and submissions. It’s a very interesting and addictive sport because when you find out one move there’s always a counter, then another counter and it seems you’re forever learning. This keeps things interesting, it’s like human chess. 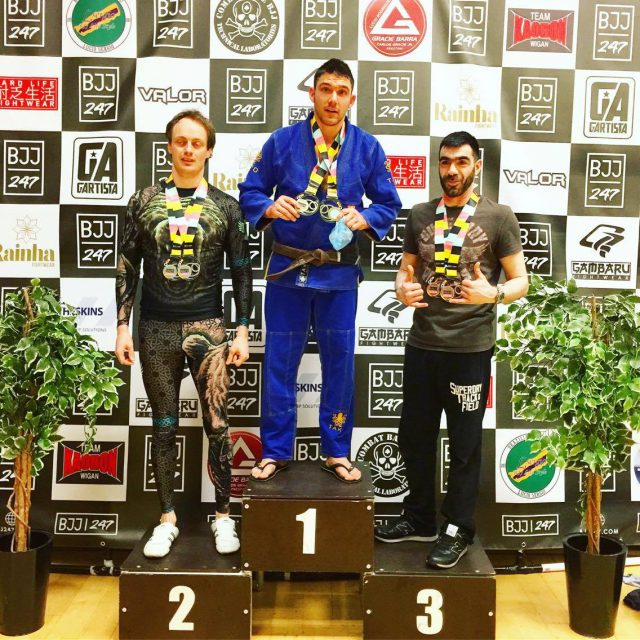 When questioned on how the growth of the sport is affecting the level of the sport, Darren goes on to discuss grading and belts – something which has been a hot topic of debate in the BJJ community in Scotland recently.

Darren: In Scotland many years ago, a blue belt was considered a very high level. Nowadays as the sport grows more and more people are being promoted to this rank without the durability and repetitive tests some off the old school guys underwent.

As coaches who could promote people to this rank we’re very few and far between the blue belt tended to be “held back” until the person was well more than due his belt.

I still feel the level is very good in Scotland but I do have a small fear of maybe the standards slipping slightly due to popular demand.

This is defo the wrong sport to be in if you are after the next belt very soon. Sports like karate do have more belt colours and grades happen a lot more regular, whereas, the sport of BJJ is graded purely on your skill set on the mat. The mat will not lie.

It’s not without reward though. I want my guys to put blood, sweat and tears into their belts. Through many competitions and hard training sessions. I lead from the front every day and getting my grades were not easy. So I feel my guys should feel the same suffering, it will make them appreciate and be proud to wear the rank I tie around their waist. However, they do get a personally embroidered belt for every grading – as a gift to every student for the time they put into the academy.

MMAUK: In terms of BJJ in Scotland, you previously mentioned the UFC as being a big source of interest for the sport. Who would you say represents BJJ the best in the UFC and shows the strongest BJJ game?

Paul Craig is definitely Scotland’s best performing BJJ MMA fighter. He received his brown belt in a record time and submits a lot of people in his MMA bouts very quickly.

Stevie Ray is a very solid grappler and hasn’t really showcased his BJJ to be fair. He is a high level wrestler. I’m a fan of all guys who represent Scotland in the premier sports platform.

MMAUK: How do you see BJJ in Scotland going in the next five years and Gracie Barra Fife specifically?

Darren: Not to be too optimistic but I do see a great future for Gracie Barra Fife. We have had world champion black belts in teaching regularly at the academy every month this year. Braulio Estima in January, Jackson Souza in February and Paulo Jose pinto in March.

So yeah I feel we have a massive future. In four months all the classes are nearly at full capacity so a re-work of the timetable and programme to accommodate more people will be on the cards.

MMAUK: Why should someone living in Fife or anywhere else in Scotland sign up to BJJ and your place, Gracie Barra Fife, specifically?

Darren: To be honest my place or not signing up to BJJ will change your mind set and change your lifestyle. So it will only be good for your general well-being.

If there is a demand for BJJ in a certain area and I feel I can help then it’s my duty. BJJ has given me so much I don’t grudge giving back AT ALL.

If you live in the Kingdom and want to learn from the ‘King of BJJ’ find out more on the  Gracie Barra Fife Facebook page.