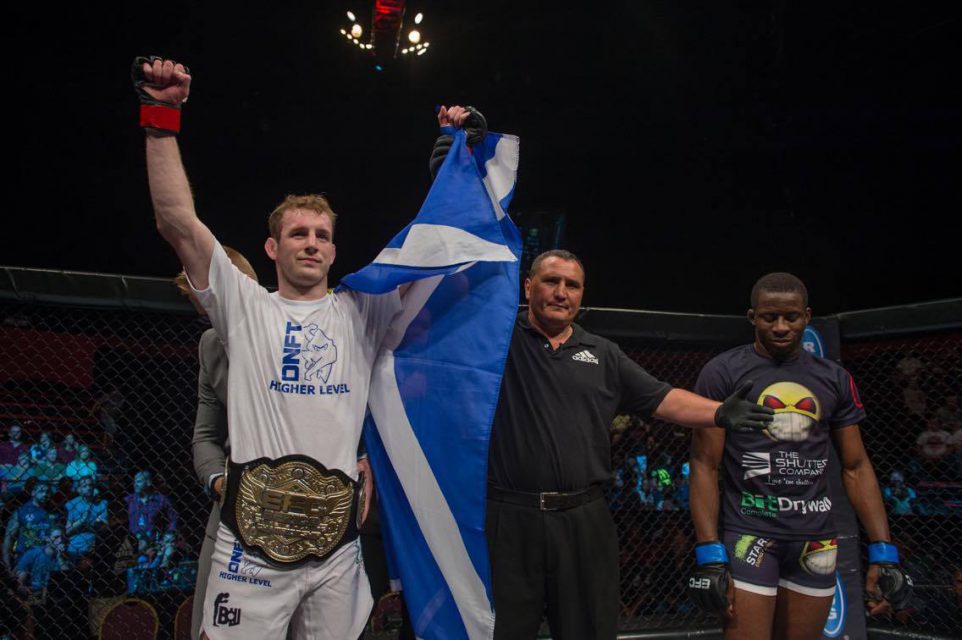 We’ve been working on an exciting new feature recently, MMA Junior Reporters. We’re working with the Scottish Kickboxing Team to create a new generation of MMA reporters. We’ll be interviewing the brightest and best on the MMA scene in the UK and abroad.

First to get the treatment was Danny Henry of Higher Level Martial Arts and fighter in the EFC Promotion across in South Africa. Danny had already hit the headlines as he claimed he’d fight his own mum to get a call up to the UFC, for the Glasgow July 17th card.

Our intrepid reporters, David (10) and Mia (12) spoke to Danny on his hopes for a UFC call up, whether he could take his mum in a fight and what he’d think of a grudge match with Chris ‘Badguy’ Bungard, buckle in for that last one, the language gets a little blue. He also has a bit of a dig at Scotland’s latest UFC prospect, Paul Craig.

Watch the video below or read the interview.

MMAUK Junior Reporter (David): Hi Danny, you said you’d fight your mum to get into the UFC. Do you think you’d win that fight?

Danny Henry: *Giggles* Yeah, I said that off the cuff to another guy and it got back to her. So I’ve had to pull out of that one. I think she’s going to leather me. No, I would never challenge my mother, she’s too fierce.

MMAUK Junior Reporter (David): Just now, you have bossed the EFC. Do you think you deserve a call up to the UFC?

Danny Henry: Yeah, definitely. There’s not really any fights left for me over in the EFC. I’ve beat all the guys at the top of the pile there. There’s nothing imminent. I’d be interested in going up and taking the lightweight belt and being the, Champ Champ.

MMAUK Junior Reporter (Mia): Who would you want to fight if called up?

Danny Henry: Nobody in particular. There’s nobody I would call out. I’ve noised up a few guys on Twitter. I’d really like to fight an international opponent, a Brazilian or American ideally.  Or even an ‘Auld Enemy’ clash with someone like Arnold Allen. Not really fussed opponent wise, as long as I’m on the card.

MMAUK Junior Reporter (David): Who would you consider the greatest martial artist of all time?

Danny Henry: The greatest martial artist of all time? My heart says Anderson Silva because I love watching strikers and spectacular chaos but my head says GSP. Tactically and his efficiency, being able to outstrike grapplers and grapple strikers. Just the whole package. So for me, Anderson Silva and GSP.

MMAUK Junior Reporter (Mia): Would you like to fight Chris ‘Badguy’ Bungard?

MMAUK Junior Reporter (Mia): Do you think you could take Conor McGregor?

Danny Henry: Honestly? At this time I know my limits. At this moment in time I don’t think so. He’s too good. A very special fighter.

MMAUK Junior Reporter (David): Who is your inspiration in the UFC?

Danny Henry: Conor McGregor. I don’t really like the trash talk – I still watch his press conferences but I don’t like that. When he fights though, he makes the other fighters look like rookies. What he done to Eddie Alvarez was frightening to watch. I find him motivational to watch, I love watching him fight.

MMAUK Junior Reporter (Mia): Who do you think is the best Scottish fighter in the UFC at the moment?

Danny Henry: Stevie Ray. Hands down. He is the best Scottish fighter in the ufc at the moment. He is doing big things, he has this big fight coming up with Joe Lauzon, UFC legend. I think that’s going to be the fight that will push him into the last twenty.

Eh, Paul Craig, don’t get me wrong he is a decent fighter but his last performance showed his true calibre. It was hard to watch to be honest. He’s a Scottish fighter so I want him to do well. Stevie Ray though is the best Scottish fighter.

That’s all from our Junior Reporters Mia & David. 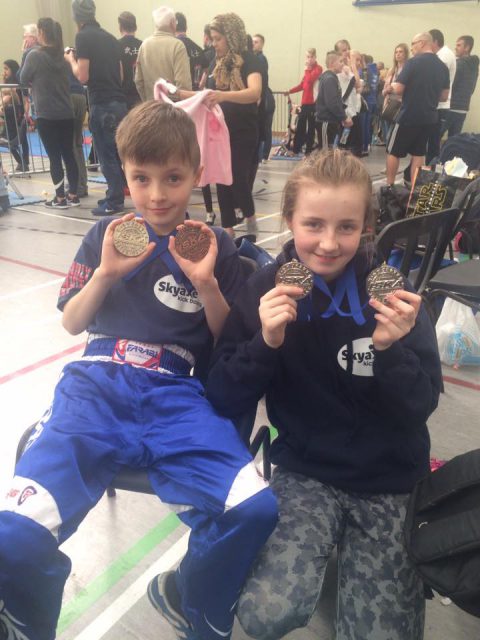