Gerard Gordeau: Interview with the UFC’s first ever winner

Before ever competing in mixed martial arts, Gerard Gordeau was a multiple time full contact karate and savate (French kickboxing) world champion – he is, however, best known in the MMA community as the first man ever to win a UFC fight.

On Nov. 12, 1993, the infamous UFC 1 tournament took place in Denver, Colorado. It was an eight-man tournament with the vaguest of rule-sets. The winner of the almost “underground event” that would pit different fighting styles against each other in a bid to find out which one was more devastating would win a $50,000 prize and the right to call themselves ‘The Ultimate Fighter‘.

After destroying 350lb wrestler Teila Tuli in the first bout and forcing fellow kickboxer Kevin Rosier’s corner to throw in the towel in the second, Gordeau was to face Royce Gracie  in the now iconic final that shot the art of Brazilian  Jiu-Jitsu to worldwide fame. Although Gracie managed to make the Karate master submit after 1:44 of the 1st round and was crowned the UFC 1 tournament winner, after that night, Gordeau will forever be known as the first man to do what so many others have dreamed about doing since.

He sat down with MMA UK to discuss his journey into and through the crazy world of mixed martial arts, what he did after retiring from the sport and where he is at today.

MMAUK: Hi Gerard, thanks for taking the time to speak with us today. How are you?

Thank you, I am doing fine. I have just turned 61 and still training every day at my Honbu Kamakura Dojo in the Netherlands in Kyokushin Full Contact Karate. I am also the President of the IBO (International Budokai Organization).

MMAUK: Most fans will know you as the man who won the very first UFC fight but could you tell us a little bit about how you got into MMA?

They just called me and I went! I was well known in the Kyokushin Karate and Savate community at the time. I had fought everywhere already so why not at UFC 1?

MMAUK: What was your first reaction when you were asked to compete in the first UFC tournament?

I was excited. My answer was YES!

MMAUK: Over the last 24 years, the sport of mixed martial arts has evolved tremendously. Looking back now, are you surprised at how far it has come?

No, not really. The way MMA has evolved is natural because people love fighting! So I am not surprised.

MMAUK: The MMA fanboy in me just has to ask, how was it experiencing Royce Gracie’s BJJ for the first time that night and were you expecting Royce to win the tournament outright at the beginning?

I was a standup fighter and he simply beat me just as it is. After that night, I got involved in Jujutsu and BJJ so much that I teach it now at my Dojo. It was just a game I was not familiar with at the time and I did not know how to deal with it. 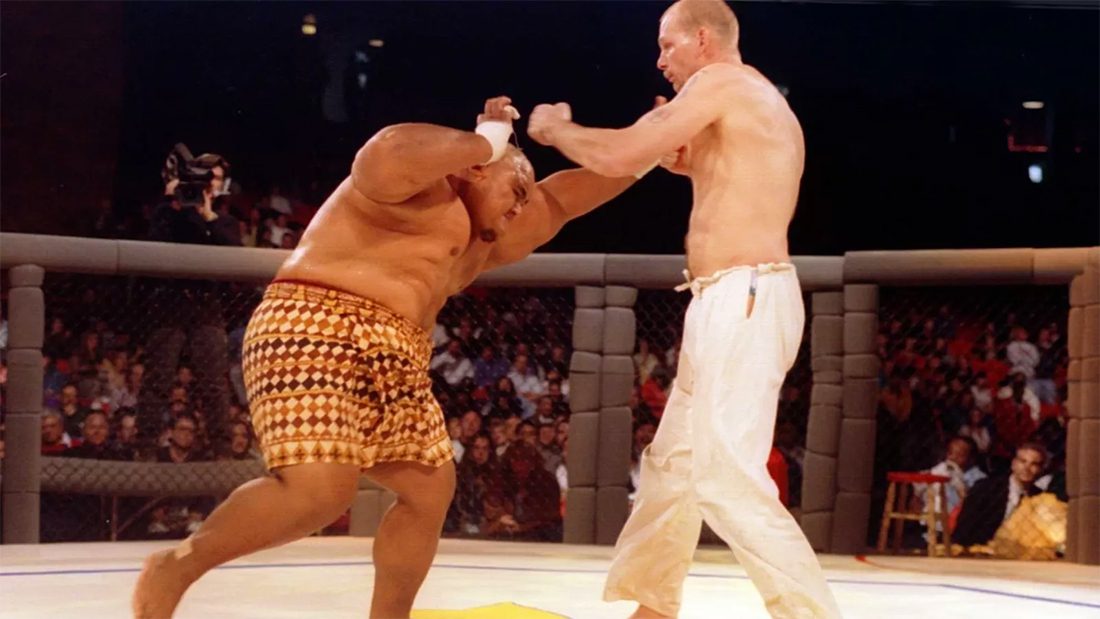 MMAUK: After UFC 1, you only competed in one more MMA fight. Why did you decide to stop competing in mixed martial arts?

The world and the people of MMA were just not for me. I am a Budo practitioner and a Karate fighter. I preferred to focus my time on these instead of mixed martial arts.

MMAUK: You’ve had a very successful career since, could you tell us a bit about your other ventures and things you moved onto post-MMA?

I did a lot! I have fought in Kyokushin, MMA, Vale Tudo, UWF, Rings, Kickboxing, Muay Thai and Savate until 2010 when I decided to stop. I am a coach now at my Dojo and for the IBO – I train many people worldwide and many great champions like Daniel Ghita or Cem Senol.

MMAUK: Great stuff. Now, with all the recent ‘GOAT’ talk – who in your opinion is the best or has there been any fighters you’ve particularly enjoyed watching over the years?

No, no favourites. Everyone who steps into the octagon is a great fighter, it’s like a brotherhood. I don’t follow it that much as I’m very busy with Karate and my other work. As we speak I am in the US for the Enshin Karate World Championships with my student Cem Senol who is competing.

MMAUK: That’s great! Thanks again for speaking with us today Gerard – all the best for the future and I’ll look forward to catching up with you again soon.