by Myles Painter
in Across The Pond, Bellator
34 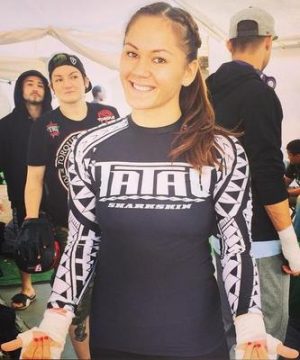 MMA talent. In today’s episode of Across The Pond, you will meet a fighter whose leech-like submissions and explosive power have her making waves in Bellator MMA. A professional since January 2015 and representing Team Hurricane Awesome, Ilima-Lei Macfarlane owns a 6-0 record consisting of three submissions, two decisions and one knockout.

Calum Murrie speaks to MMAUK ahead of title fight