Youthful fighters with drive and exuberance are often considered the future of Mixed Martial Arts. In today’s episode of Across The Pond, you will meet an ambitious fighter whose drill-like k 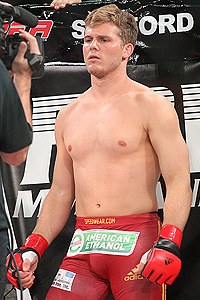 nockout power already has him making waves in the sport. A professional since August 2015 and representing Combat Club, 24 year old Logan Storley owns a 5-0 record with all five of his victories coming via knockout.