by Lewis Smith
in UFC
3

Featherweight Champion Jose Aldo returns to the cage this weekend at UFC 212, where he faces off with interim champion Max Holloway. But will the Brazilian, regarded by many as the best of all time in his weight class, be remembered simply for his loss to Conor McGregor?

Jose Aldo was the first, and for the longest time only, UFC Featherweight champion. Taking the belt after the WEC disbanded in 2010, and defending it a massive seven times, in what was a ten year winning streak. He was clinical, he was tough, and at times he seemed unbeatable- but could all that be forgotten by the fans of MMA?

In the latest episode of his podcast, UFC colour commentator, Joe Rogan believes all his achievements could all have been tarnished by McGregor- after he dethroned the champion in a humiliating 13 second knockout in 2015.

UFC commentator, Joe Rogan“Aldo’s legacy and his reign is always gonna be tarnished by that 13 seconds against McGregor.” Said Rogan, “Which is so crazy because you take away that fight and he’s got one brutal war with Chad Mendes where he got rocked and stunned, which is a tough fight – the second one – great fight. And those are the only hard moments he’s had inside the octagon other than maybe round five against Ricardo Lamas.

Lamas had him down and was doing a little bit of ground and pound in the fifth round and that was Aldo was too drained making that weight, but he’s smaller now. He generally looks smaller. He definitely chose to slim down because he was having unbelievably brutal weight cuts early in his career. He was just too big for the weight class so he just chose to slim his body down.” 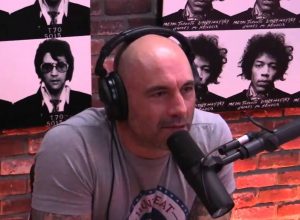 Aldo will look to put the defeat even further behind him this weekend, where a win over the ever improving, Max Holloway, will see him take his place once again as the undisputed king of the division. He and Holloway will headline an epic night of fights at UFC 212, in Rio De Janeiro this Saturday night.

Chris Bungard speaks to MMAUK ahead of Saturdays fight