by Myles Painter
in Across The Pond, Cage Warriors
33

Mixed Martial Arts is a sport where fighters must keep a rigid focus at all times. In to 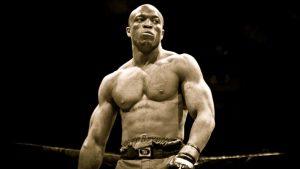 day’s episode of Across The Pond, you will meet a deadly marksman looking to capture the Cage Warriors Middleweight title at Cage Warriors 85 on June 24. A professional since October 2011 and representing Tiger Muay Thai, Jason Radcliffe owns a 11-2 record in thirteen career bouts consisting of seven knockouts and four submissions.

At UCMMA 26, Jason defeated Peter Craete. He won his next five bouts which included victories over James Stone and Miguel Bernard respectively. Then, Jason defeated Mark Jones via TKO in the first round. He also defeated Ben Schneider and Jimmy Miller via TKO. At Bellator 158 in London, Jason knocked out English MMA veteran Jack Mason in round one. At Contenders 16 Radcliffe submitted Italian fighter Pasquale Coluccio via rear naked choke in the first round. He followed that up with a third round TKO victory over Frenchman Wilfried Edmund at Contenders 17. He will face Oskar Piechota  for the Cage Warriors Middleweight title at Cage Warriors 85.on June 24. Good luck Jason!

MMAUK: You are scheduled to meet Oskar Piechota for the vacant middleweight championship at Cage Warriors 85. What do you know of your opponent?

JR: I know he’s pretty much as dangerous as Chang. He favours his juijitsu game ,but like I said I’m fully prepared to do all 5 rounds in style.. I’m coming to finish that’s it.

MMAUK: How do you feel the fight will play out?

JR: This is gonna be a very entertaining fight until I end it.. This one is not to be missed. I’m prepared to do it all and go the distance if need be..

MMAUK: You won the middleweight belt at Contenders 17 Norwich back in December, do you feel this will give you an edge as you know how to win titles?

JR: I won another title before that in MMA and Boxing, plus cleaned out the Carlson Gracie tournament in Phuket so I always got a champion’s mindset and willing to take challenges. I’m a Savage.

JR: I feel I’m at a very good training facility, Tigermuaythai in Phuket. I got a good squad of training partners ,always got high level visitors, great coaches and  I feel I’m in my prime. My sponsors help me so much.

MMAUK: You have trained at several gyms and recently trained at Holsken Gym in Holland where Glory fighters train. Did this improve your stand up training with these guys?

JR: Shit, Neiky Holskens camp is straight up Gangster, the k1 was flowing like butter and I learnt a lot there.

MMAUK: Can you tell us about your MMA journey?

JR: My journey has been tough.  I ain’t been on an easy road, but I’ve embraced the grind and happy with the opportunities that presented themselves. The Grind is Real!

MMAUK: What got you into MMA?

JR: A friend of mine got me started. I took one class and that was it. I couldn’t get the taste out of my mouth.

MMAUK: Who has influenced you?

JR: Most champions and their journey.

MMAUK: Do you come from a certain martial arts discipline?

JR: I started off at doing Jujitsu, then made the transition and focused on my whole game.  You can’t be 1 sided these days. It’s easy to figure out,so I keep an open mind.

MMAUK: What are you hoping to achieve in MMA?

JR: I want to represent my country in the UFC and make a run at the title, but I really want to get in there and entertain people. I’m value for money. Trust me I’m worth watching !!

Kerry Stellar from In The Girls Corner interview with Merab Dvalishvili