by Myles Painter
in Across The Pond
17

At BAMMA 30 on July 7, Dublin,Ireland will once again play host to some of the biggest na 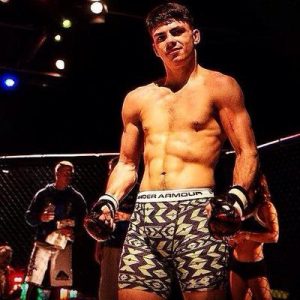 mes in Irish MMA. In today’s episode of Across The Pond, you will meet a relentless juggernaut whose ruthless aggression hopes to earn him BAMMA’S Flyweight title. A professional since June 2015 and representing SBG Charlestown under Owen Roddy, Ryan Curtis owns a 4-0 record consisting of three knockouts and one decision.

In his MMA debut at ICE FC 6, Ryan defeated Reece Street. Then he defeated Lewis Lofthouse at ICE FC 9. At ICE FC 11, Ryan defeated John Spencer via TKO in the first round. At BAMMA 26 in Dublin he defeated Shamsul Haque via unanimous decision. Ryan will now face Spanish fighter Daniel Barez for the BAMMA Flyweight title at BAMMA 30 on July 7. Good luck Ryan!